Four heroes to star in a multi-starrer 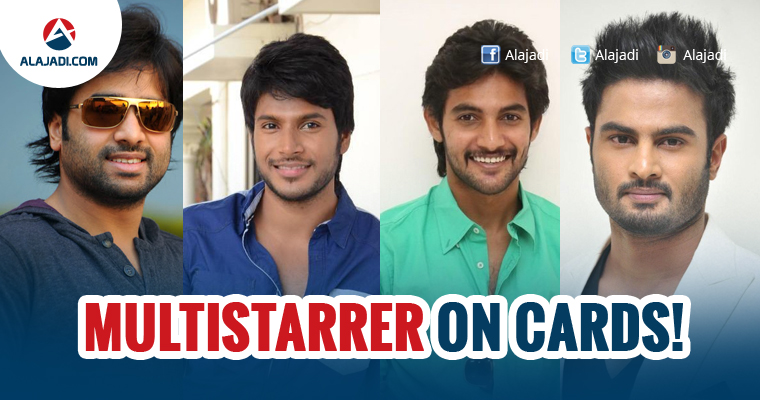 They are Sundeep Kishan, Nara Rohit, Aadi, Sudheer babu and Sri Ram Aditya of Bhale Manchi Roju fame is the director for the multi starrer. Sri Ram Aditya, who shot to fame with Bhale Manchi Roju narrated another story to Sudheer Babu dirng that time. The film required three more heroes. Anand Prasad of Bhavya Arts will bankroll the film.

The story went to Sundeep Kishan who informed to Nara Rohit and both decided to star in two roles. Sai Kumar’s son Aadi is starring in another role. The film is a crime thriller and will be launched this year. Now hunt is on for four hotties. The untitled film, an youthful entertainer, will have muhurtam in this month and the film’s regular shoot will begin in March. An official announcement is expected shortly. As of now, the search for female leads is going on. Well, these four heroes deserve a pat on their back for setting egos aside and coming forward to do such a story-driven film.