Chilkur Balaji is quite famous as the ‘Visa God’. People who wish to fulfill their dream of visiting America at least once in their life time offer prayers at this temple. Devotees believe all the clearances from Immigration Officials can be obtained if they visit this famous temple once. They don’t even mind doing 108 rounds around the temple after obtaining US Visa.  With the hate crimes in the United States are on rise, NRIs and their relatives in India are deeply worried and concerned over the safety of their loved ones in the US. As three hate crimes on Indians in the US were recorded in the last two weeks, naturally this has a cascading effect on the parents of the students studying abroad and working professionals working overseas. 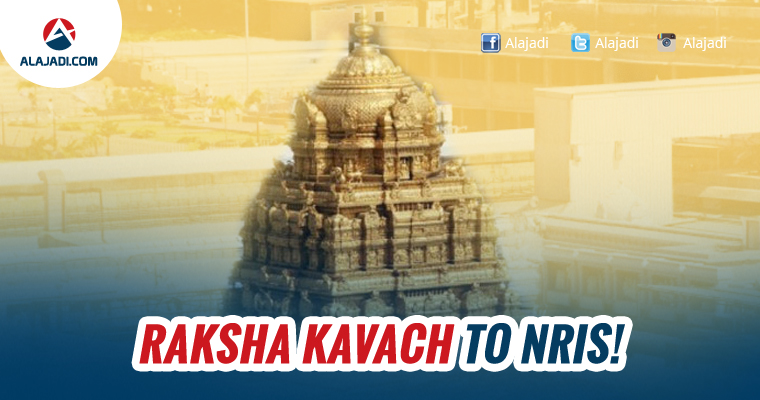 Amidst growing fear among the loved ones, priests in popular “Visa Temple” in Telangana – Chilkur Balaji temple – are coming out with some “Raksha” of Lord Balaji, well-known as “Visa God” in the circuits. And temple authorities are now toying with the idea of introducing “Raksha Kavach”, a holy thread that is expected to give protection of Lord Balaji from racial attacks. The holy thread has to be wrapped around the wrist for the safety, say priests of the 500-year-old temple.

The present situation in US is such that Indians are worried about their safety due to the rise in the number of Hate Crimes. At least, One disturbing incident is being reported by the media daily and it only shows the seriousness of the drastic change under Trump Administration.

As a result, Chilkur Temple Authorities were mulling to introduce ‘Raksha Kavach’ which is meant to protect indians from anti-social elements in USA. All that devotees need to do is tie this sacred thread to their hand. Could this move give a relief to the Telugu NRIs?