Norway is the world’s happiest country

Do you know which is the happiest country in the world? Do you know which country citizens are the happiest lot ?People in the happiest countries in the world trust their governments and businesses, see themselves as free to make life decisions, and say they have good social support. Having a high life expectancy at birth helps. In a new dispatch called the World Happiness Report, a group of independent experts including economist Jeffrey Sachs, surveyed people in 156 countries to find out how highly they evaluated their lives on a scale from 0-10. A landmark survey to report the state of global happiness, called the World Happiness Report, was released on 20 March 2017, at United Nations during the celebrations of International Day of Happiness. 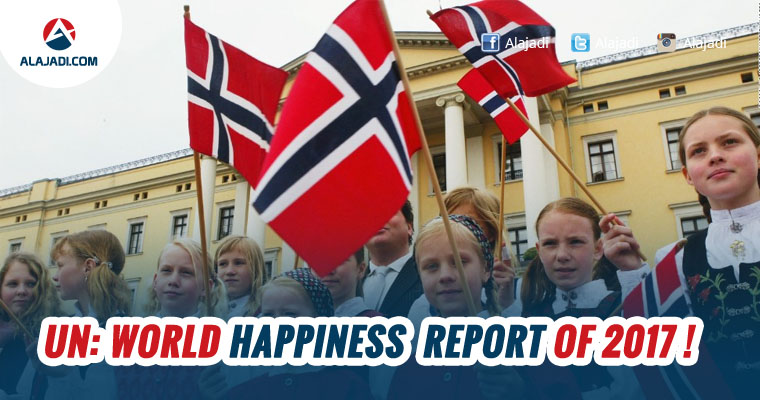 According to the United Nations Happiness Report,  Norway achieved the first rank.  Survey was conducted on the pretext that .. “How happy are people? why they are so happy?”

The report took into account several factors, of which 6 were found to be the most important:

The survey declared that people of Norway are the happiest in the world.  Top five places were occupied by Norway, Denmark, Iceland, Switzerland, Finland.  Central Africa stood in the last place.  West Europe, North American countries occupied the top slots in the Happiness Table. USA is in 14th position, UK in 19th.  Sub Sahara African countries lagged behind in the happiness scoring.  Syria which is struggling with the internal war stood in 152nd place.  United Nations celebrates International Day of Happiness on March 20 every year.  They have released The World Happiness Report to mark this occasion.

A summary of the top 10 and lowest 10 ranked nations:

The United States of America ranked 3rd, among st the OECD (Organisation for Economic Cooperation & Development) nations, and 11th overall, when the index was first conceived in 2012. Its ranking has now slipped to 14th position with reasons attributed to declining social support, lower personal freedom and corruption. India was ranked 122nd on the 2017 World Happiness Index – a drop from the 118th position of 2016. Reportedly, India ranked quite low in six factors: income, health life expectancy, having someone to count on in times of trouble, generosity, freedom and trust. This is despite the fact that India’s GDP per capita income (also one of the metrics used for evaluation in the report) has been improving.