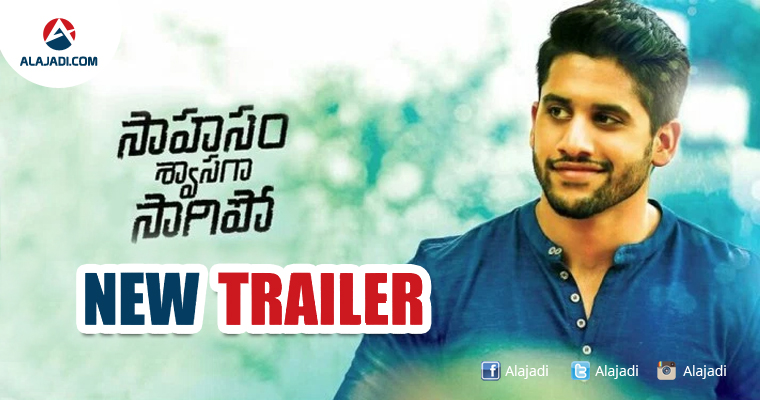 The new trailer of “Saahasam Swasaga Sagipo” has got released and it looked very interesting. One can see the director Gautham Vasudev Menon’s mark in the trailer and can expect the same in the film too. The female lead Manjima Mohan is looking beautiful. Musician and a Rapper, Baba Sehgal is shown as an IPS officer and one can expect a decent performance from him. A. R. Rahman’s music will be the biggest of highlights for”Saahasam Swasaga Sagipo”. The film is expected to be released in mid-November.

The video has impressed viewers and enhanced the curiosity level around the movie. SSS Movie will be the best Romantic Love Movie of Naga Chaitanya’s Career. The movie is a comedy and punch dialogues. The recently released trailer of sahasam swasaga sagipo says that. Chaitu is ready to kick back with a super hit of Sahasam Swasaga Sagipo. This film was shot in both Tamil and Telugu dialects. Watch and enjoy the latest trailer released by the movie unit here in the youtube link provided below.