29th January will be a memorable day for Naga Chaitanya

Naga Chaitanya is currently in Goa for New Year vacation. He will be returning to Hyderabad this week and will resume shooting for his current movie that is being directed by Kalyan Krishna of ‘Soggade Chinni Nayana’. On the other hand, Rana is launching his maiden production with Naga Chaitanya on 29th January. This thriller will be directed by debutante Krishna. Rana is so impressed with the script prepared by this debutante that he has come forward to produce. Incidentally, Naga Chaitanya and Rana are cousins. 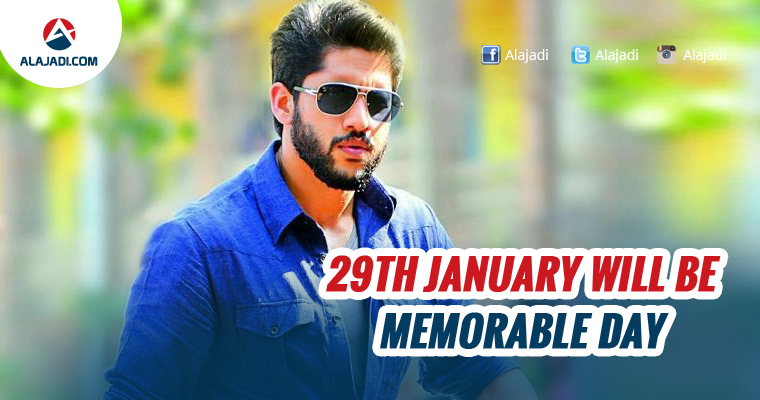 Meanwhile, Akkineni hero Naga Chaitanya and Samantha have been dating for some couple of years and recently they have decided to get engaged. The latest news has confirmed their engagement date. After revealing their love story to both the families, the families accepted their love. Already his brother Akhil has engaged to his love. So Chaitu too decided to get engaged in order to avoid unwanted rumors. A close source from the Akkineni family has revealed that the engagement will be organized on 29th January.

His brother in law Rana is turning as a producer and bankroll Chaitu’s next. So this movie will be started on the same date. With these two things, 29th of January will remain as a sweet day in the life of Naga Chaitanya. Krishna is debuting as a director with this flick.

Earlier, the same flick was planned to be made under Suresh productions, but Rana has decided to test his production skills. It is interesting for fans to anticipate whether Rana starts a new production house or produce the flick under Suresh Productions. In either case, the deceived legendary Rama Naidu’s soul will be happy for the flick.