The makers of Rana Daggubati starrer Nene Raju Nene Mantri released the theatrical trailer of the film this morning and the trailer indicates that the film will be another captivating flick in Rana’s career. Puffed with powerful dialogues, Nene Raju Nene Mantri seems to be filled with some exceptional scenes. Rana, as a coveting politician, keeps one gripped to the screens and leaves you asking for more. 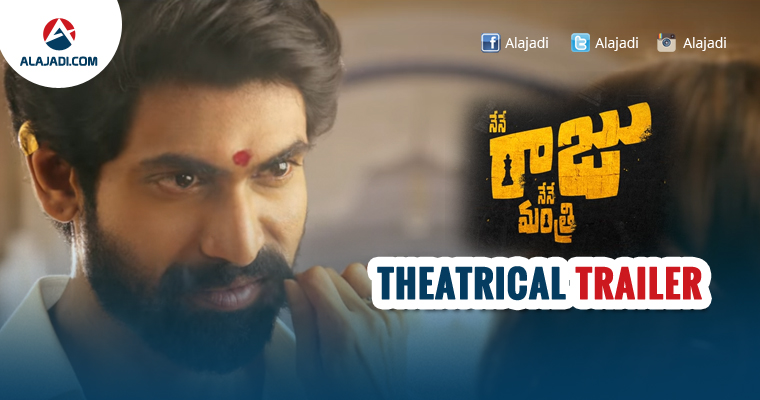 Speaking about his role, Rana had recently said, I love the audacity of Jogendra in this film. Nene Raju Nene Mantri is packed with gripping moments and this teaser is just a minute glimpse of Jogendra’s attitude. Producer Suresh Babu had said, Nene Raju Nene Mantri would certainly be another landmark in Rana’s career and will bring diversity in his acting talent; this will be a stepping-stone to something even bigger.

Interestingly, actor Navdeep has been accepting non-lead roles lately which gives out a great message to actors in the industry. He has shared screen space with the likes of Ram Charan, Allu Arjun and Jr NTR in the past and seems pretty happy taking up these kinds of roles. Nene Raju Nene Mantri is produced jointly by Suresh Daggubati, Rana’s father, and CH Bharath Chowdhary and V Kiran Reddy under Suresh Productions and Blue Planet Entertainments.