Promotions are very important part for every film. Actors, Directors & Producers spend a lot of energy and time to promote their films, so that the content is reached to each and every corner. Currently, Facebook Chat Promotion has become the latest trend in Tollywood. 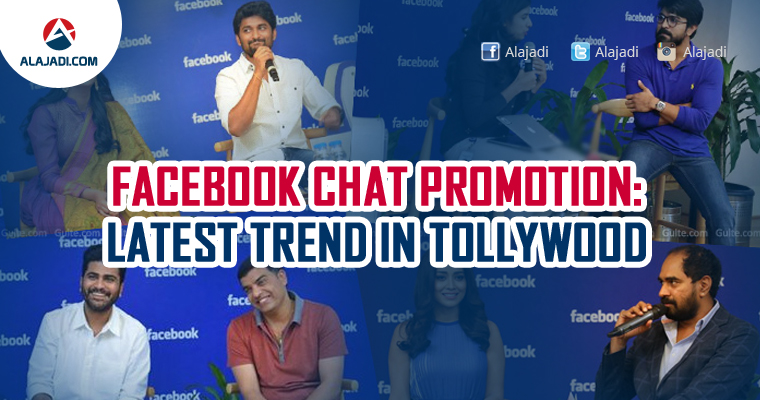 Many started to wonder why the movie stars started to visit Facebook Hyderabad office and promote their films with the employees over there. Well, for the people who don’t know, this Facebook Chat Promotion is much bigger than that. Once the Live Chat is started from Facebook Office, close to 10 Lakh people will be watching the Chat exclusively and after the session is completed, the Facebook team will promote the event and make sure that the program is promoted to a good number of Telugu audience. So, every Facebook Chat Promotion will be getting more than half-a-million reach for sure, which is a big benefit for any film.

When connected sources close to one of the production houses said, ‘Compared to Twitter, Facebook’s reach is 10 times bigger. Facebook team is happy to be associated with the Telugu Film Industry and many bigger things are planned in the near future. We are adapting to the new technology and using it to promote our films.