The pre-release function of Baahubali: The Conclusion has happened at Ramoji Film City on Sunday, 26th of March in Hyderabad. It was the conclusion event for five long years of journey into the Mahismathi kingdom and it was concluded with a grand audio launch. Attendees to this event include entire cast and crew of Baahubali, Karan Johar, actor Nani, Krishnam Raju, Nimmagadda Prasad and others. In 3-hours of the prestigious event, audience witnessed several key highlights and it’s one of the biggest night for Baahubali fans.

Nowadays, Live streaming of the movie events on YouTube become quite common in Tollywood. Now, the makers of Baahubali 2 have decided to take this grand pre-release event to the next level by live streaming it in 360°. For 360° live streaming, Makers have teamed up with AMD Radeon. Director of the Film, SS Rajamouli confirmed this news on his official Facebook page. 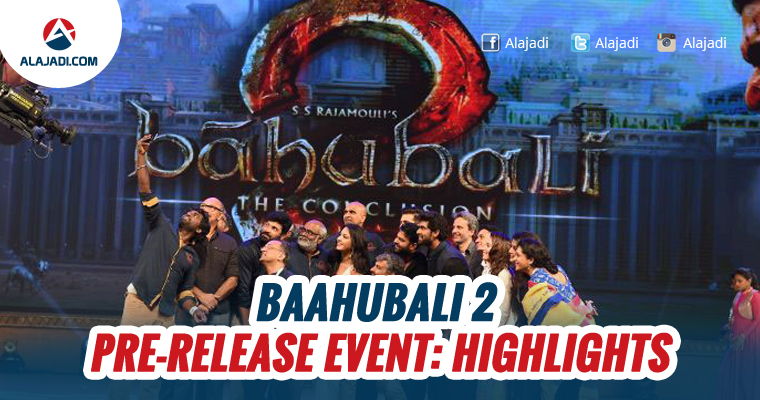