Dhoni steps in as Shami loses his cool

Pakistan Fans gained voice after the historic victory against India in the ICC Champions Trophy final by a margin of 180 runs. Some of them even crossed the line after Pak emerged as Champions. India suffered a heavy loss to Pakistan in the final of the ICC Champions Trophy 2017 and when the Indian team were heading back to the pavilion, a Pakistani fan taunted Mohammed Shami with chants of ‘baap kaun hai’ (Who is your father) which led to the player almost confronting the fan. 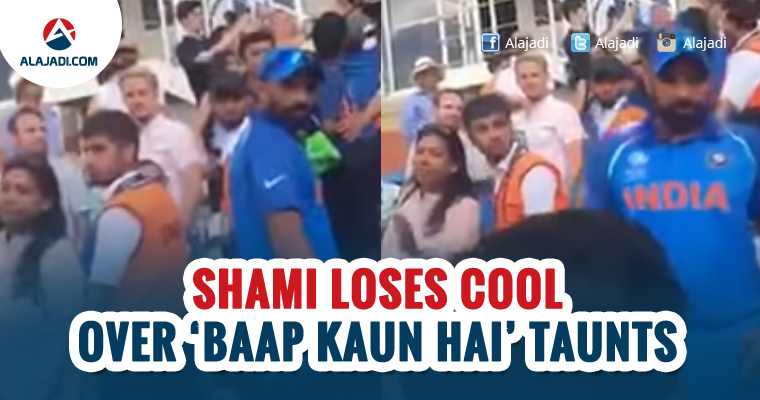 One of the Pakistani supporter specially targeted the Indian Captain, Virat Kohli by passing a statement “Akad toot gai hai! akad toot gai hai teri Kohli saari haa, akad toot gai hai” (All your arrognace has been broken, Kohli) to which Kohli didn’t respond despite of hearing the whole comment. But the Indian fast bowler, Mohammed Shami couldn’t control his temper after a Pakistani fan mocked the team by shouting “Baap Kon Hai” (Who’s your Father). Mohammed Shami, who was offended by the comment came down a few steps to confront the Pakistani fan. MS Dhoni, who was walking just behind the fast bowler, saw the entire matter and quickly took Shami away to avoid any incident.