The government has given a big blow to retailers. Consumer Affairs Department yesterday passed a new rule to all state governments that there won’t be two maximum retail prices (MPRs) for the same packaged product within a state. It also mentioned that the same rule could apply to packaged products including shops in multiplexes, malls, and airports. By this new rule, not only the bottled water but also the packaged items such as beverages also can’t be sold at two MRP rates in shops, multiplexes or airports. Senior Official from Consumer Affairs Department told that “There will be no dual MRP rates for packaged commodities and stage Governments must ensure that within the same region, no one sells same packaged item with two different prices within a region. In the case of separate MRPs, the lowest price can be treated as the actual cost.” 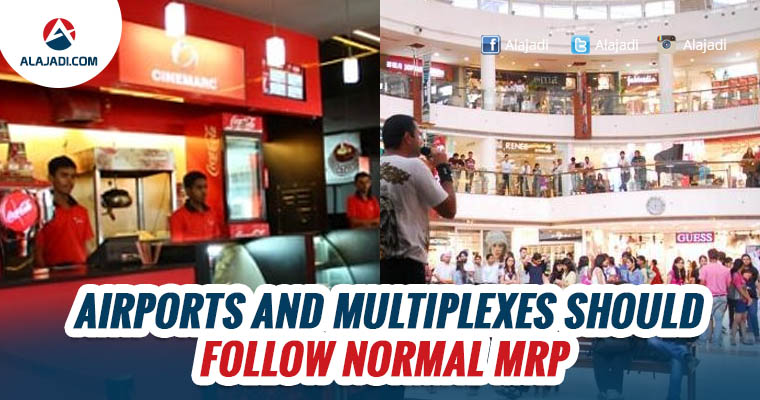 Order from the National Consumer Disputes Redressal Commission (NCDRC) issued that no one could sell bottled water at two different MRP Rates at cinema halls, shopping malls, and airports, actually applied to all packaged items, he added. The Consumer Affairs Department has introduced the new order after conducting the verification of the net content of bread at manufacturing units. The department has received many complaints from the consumers saying that actual weight of the food was less compared to manufacturer’s declaration.

The official from Consumer Affairs Department said, “As per our norms, the weight difference can be 4.5 grams. We are receiving so many complaints from consumers, and we already write a letter to state governments to take verification and inspection. We expect manufacturers must follow these rules and guarantee customers get products of right weight for which they are paying.”