The government on Tuesday announced rules regarding MRP or maximum retail price for goods under the GST (goods and services tax) regime that was rolled out at the midnight of Friday and Saturday. There has been ample confusion among both consumers and retailers regarding how the MRP changes will reflect under GST. “Under the GST regime, if a price of a product has increased the manufacturer/ importer/ packer will have to give an advertisement in two newspapers about the new MRP and put a revised sticker on the packaging,”, Department of Consumer Affairs Secretary Avinash Srivastava said. Both MRPs must show on the packaging, he added. Food and Consumer Affairs Minister Ram Vilas Paswan has extended a three-month dispensation to all manufacturers and traders till September 30 on old stock they are holding and they can simply follow the rules released on Monday and continue trade. 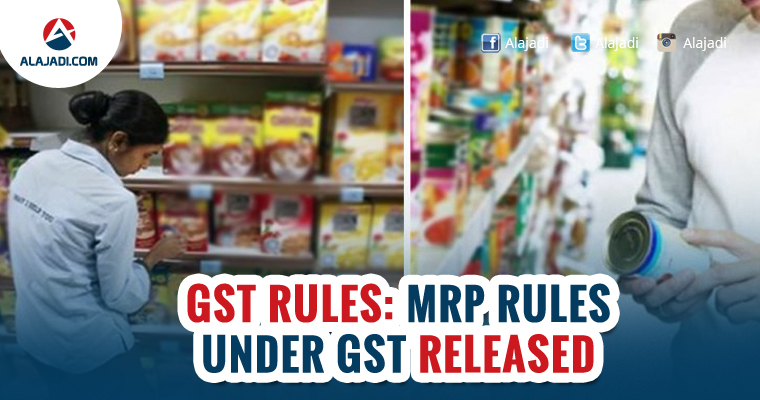 For products whose prices have come down under the new tax regime, no newspaper advertisements would need to be published. However, a sticker mentioning the new MRP is a must, and the old price should show too on the packaging, the Finance Ministry said. “Packing material is quite costly so traders can be use their existing stock upto September, by just putting a new MRP sticker,” Srivastava said. The government will also be conducting a “masterclass” on GST for all stakeholders including citizens in the form of an hour-long program for six days which will be telecast live on the state-run television channel Doordarshan, Revenue Secretary Hasmukh Adhia said. The live telecast will be available on the web as well, he said.

The government is closely monitoring the price and supply situation post GST implementation, the Revenue Secretary said, adding “a central monitoring committee, comprising 15 top secretaries, will meet every Tuesday to monitor GST.” The government has categorically time and again said that they expect teething troubles initially as GST rolls out — as is the case with anything that’s new — but hopes things would be ironed out soon and is making efforts to educate all stakeholders.

GST is India’s most ambitious tax reform since its independence in 1947 and subsumes over a dozen central and state taxes that were levied on goods and services bringing India under a uniform tax regime. The new tax regime implemented by the Narendra Modi government which has been in the works for over 15 years is expected to add 2 per cent to the country’s GDP (gross domestic product).