No Need To Stand If National Anthem Shown In Film

Audience in cinema halls do not have to stand up for the National Anthem if it is being played in the movie as a part of the its story line. Supreme Court has modified its order that audience need not stand when National Anthem is played as a story line in a film, newsreel or documentary. The court today also clarified that when the anthem is played in cinema halls, it is not compulsory for the audience to sing along. 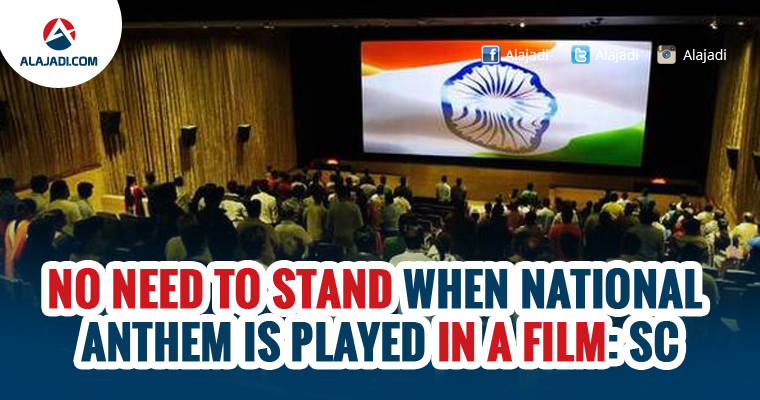 The decision was also appreciated by Union Minister for Information and Broadcasting Venkaiah Naidu who claimed it to be a very good decision. The love and respect for the motherland is reflected when one shows respect to the National Anthem as well as to the National Flag. Days after the November order, there were instances of people at movie theaters being assaulted and arrested for not standing during the anthem, in states like Tamil Nadu and Kerala. After safety issues were flagged, the court clarified that the doors of the theater must be “closed but not bolted” during the anthem.