Yuvraj Singh in Parliament to invite PM Modi for his wedding

Yuvraj Singh reached Parliament today i.e Nov 24th to invite Prime Minister Narendra Modi and other ministers for his wedding scheduled to be held on November 29-30, 2016 . India’s 2011 World Cup hero Yuvraj is set to marry fiancee and Bollywood actress Hazel Keech. Cricketer Yuvraj Singh reached Parliament House with his mother to invite the PM for his wedding, which is scheduled for later this later.

The 34-year-old has also been part of India’s title-winning campaigns in the 2007 ICC World T 20, where he famously hit England’s Stuart Broad for six sixes in an over. The traditional gurdwara wedding will take place in Chandigarh on November 30 which will be followed by another wedding as per Hindu rituals in Goa on December 2. Only close friends and relatives are expected to be at this function. 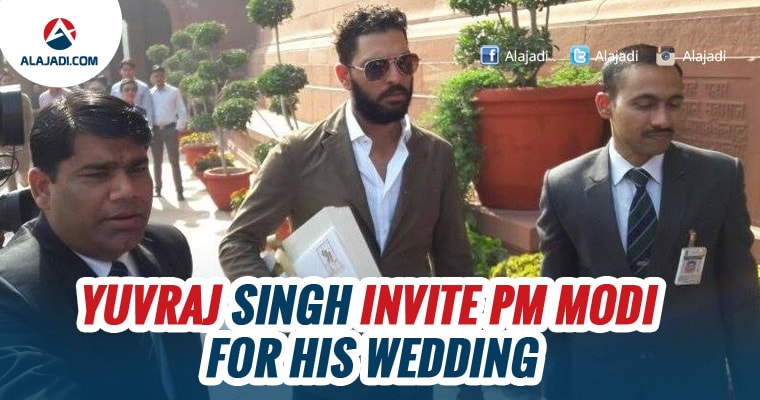 Yuvraj and Hazel got engaged in a low-key affair in Bali, Indonesia earlier this year. But according to reports, the star cricketer has planned a grand wedding, wherein all the who’s who from the field of Bollywood, sports and politics are expected to be in attendance.

However, the important question is whether Yuvraj has been able to withdraw Rs 2.5 lakh from the bank for his wedding. The Government of India, in its demonetization move, has placed a daily cap on withdrawals from ATMS and banks. Only those getting married can withdraw up to Rs. 2.5 lakh. Yuvraj is soon set to join the league of married Indian cricket stars. The likes of Suresh Raina, Harbhajan Singh and Rohit Sharma tied the knots with their respective partners pretty recently.