From Few Days, Big Boss Telugu is a talk of the town in the Telugu States since Jr NTR announced that he hosting this reality show. The show will be telecasted on Star MAA Channel. Already, NTR has shared the poster of the show on Twitter. Now, Everyone are waiting for the show to commence which not yet confirmed. 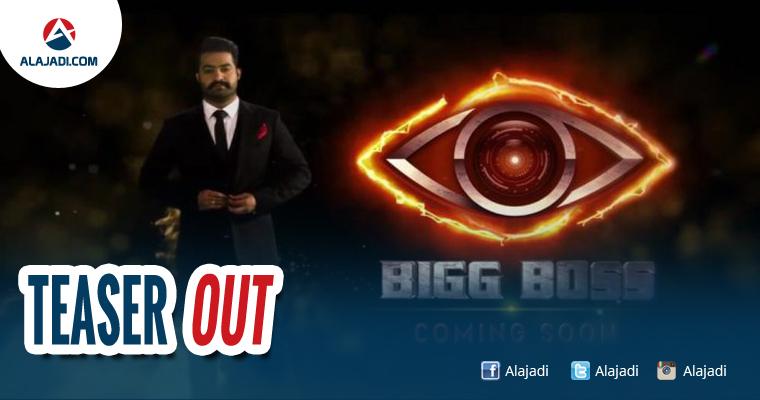 Today, STAR MAA has released the Big Boss Telugu Teaser featuring the Tarak. The official Twitter handle of Maa TV has shared the teaser link on Twitter and wrote, “Check out the #BiggBossTelugu Teaser…Coming Soon on @StarMaa”.

It is the sneak peak of Jr NTR and the teaser will surely remember James Bond. The music, title sequences and the stylish entry of Jr NTR is almost a replica of James Bomb. But the teaser looks stylish and grabbed the attention of Telugu audience.  Junior NTR  Being Paid Highest Remuneration in Television history of South India.  Reportedly, NTR will be paid a whopping Rs 25 crore for his television avatar.

According to the latest update, Music Director SS Thaman SS will compose the title track of Bigg Boss. He confirmed it on Twitter and wrote, “Hey guys jus done scoring the title track for my dear darling brother @tarak9999 fr #bigboss @StarMaa I am sure u guys wil go crazy on it ♥️”.  The makers of the show are making special arrangements for NTR in Mumbai for the reality show. The shoot is expected to commence in the first half of July. Makers have not yet announced the contesters names.