Telugu audience has been left in wow with the hosting skills of Young Tiger NTR. For the first time, he has been hosting a television show Bigg Boss which is a huge hit already. Now the show has come under the scanner of the Human Rights Commission after a case has been filed which reads that the show violates basic Human Rights. 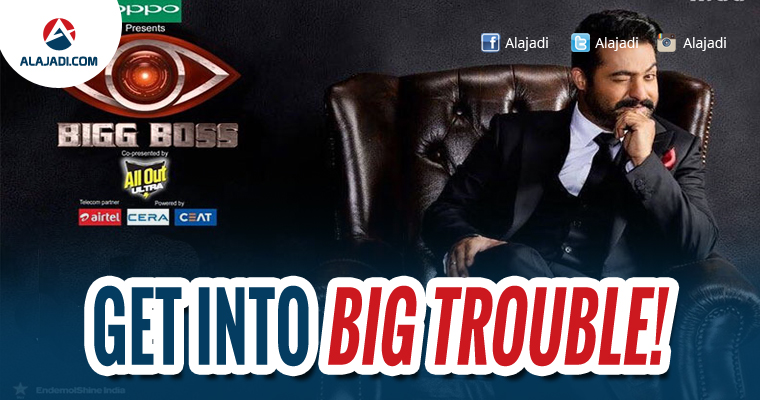 Achyuta Rao, Hyderabad based children rights activist filed a petition which mentions that harsh punishments are being awarded for the participants. He mentioned none other than the court has the right to punish a person. Actor Prince’s punishment of 50 dips inside the pool along with wearing stickers on the mouths of the contestants and others punishments have been mentioned in the petition. The petitioner even mentioned that the show is sure going to set bad examples for kids. The Human Rights Commission of Andhra Pradesh and Telangana is expected to announce their verdict soon.

He points out at the punishments being given to the inmates and fears such acts might lead to death. The petitioner draws the commission’s attention by bringing in the Madras High Court’s objection to the Tamil version of Bigg Boss. On the other end, the Tamil version hosted by Kamal Haasan has landed in a series of controversies. Some political parties have slammed the show of presenting vulgarity in the name of entertainment, while lesser-known political outfit Puthiya Tamizhagam has filed Rs 100-crore defamation case against the host, the channel and participant Gayathri Raghuram for an objectionable comment.

However, despite many controversies, both the versions of Bigg Boss have struck the chord with the viewers and garnered huge TRPs.