Tollywood’s young Heartthrob to get Engaged?

‘Pelli Choopulu’ hero Vijay Devarakonda is now the happiest person on earth. The youngster has back-to-back projects lined up his sleeves and a great fan base. After ‘Pelli Choopulu’ won laurels at national level, there is really no looking back for the actor. His upcoming film ‘Arjun Reddy’ is ready for release and he is already taking part in the shooting of a film with director Parasuram, produced by Geetha Arts. He has also signed for a film with director Nandini Reddy. 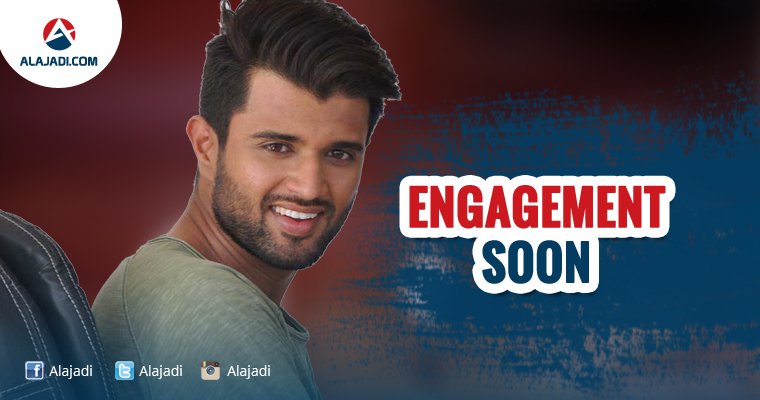 While nothing was heard of his relationship status before, news about his engagement only came in as a surprise to his fans. It is learnt that Vijay has been in a long- time relationship with his girlfriend Vimmy and the couple are planning to go public. Now that he had established a stand for himself in the industry, the actor is seemingly keen on taking the plunge, in his personal life. If the buzz is to be believed, Vijay is going to get engaged to Vimmy very soon. While no one yet can confirm Vimmy’s actual name, Vijay plans on announcing their engagement soon. And we can’t wait to see the girl who took one of the best men in the industry off the market.

As of now, Vijay is waiting anxiously for his next release Arjun Reddy in which he is playing the role of a doctor in a negative shade. He is also playing a crucial role in Mahanati, a biopic on legendary actress Savitri.