Pellichoopulu fame Vijay Devarakonda has been on a signing spree. And finally, after months since his big break, his new film is all set for release. The first teaser of his upcoming romantic entertainer saga  Arjun Reddy starring Vijay and theater artist Shalini, is out now on the occasion of Valentine Day. The Teaser looks very Impressive and says Vijay came with another youthful story to make his career strong. Having a look on the teaser, we see that Vijay’s professor describes him as a good medical student with No Anger managent. on the other hand, he will be seen as alcoholic, drug addict and smoker. and finally, the teaser ends with a romantic Liplock at a sea shore. 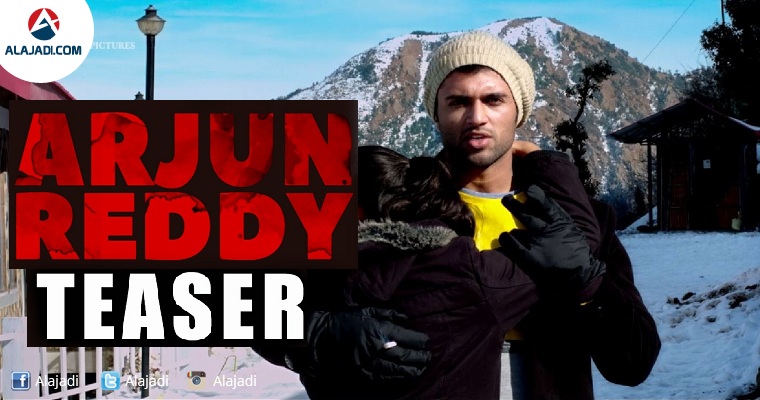 After spicing up with the pre-teaser of Arjun Reddy where Vijay Devarakonda has stated it as a bloody crazy film, the film’s teaser is out on the eve of Valentine’s Day. Living up to all its hype, the teaser does hint that the film is bloody crazy. Devarakonda Vijay Sai is seen as Dr Arjun Reddy. A house surgeon with impeccable academic record, Arjun is zero in anger management. He goes berserk when ever he loses cool. The teaser also sees bold scenes such as scenes of locking lips and compromising position etc. Apparently, the film is based on a true story, newcomer Sandeep Reddy has written and directed the film. Radhan’s background score elevates the visuals. The film is slated for Summer release.

It is heard that Vijay along with Jia Sharma in lead roles where both of them play medicos and the emotional love story is set against the backdrop of a medical college. Director Sandeep says the movie will stand out for its very realistic treatment. Movie release date is not yet revealed. but, it is said to scheduled for summer release.