India’s 1st Medal in Rio, a Bronze in Wrestling !

It’s 3:30 AM, you’re probably not even reading this at the time we published this article, but whatever little of India that is awake, is celebrating Sakshi Malik on the internet right now. 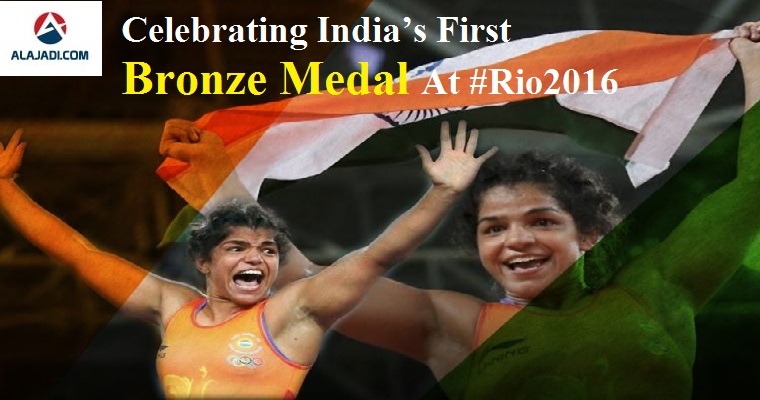 Sakshi Malik totally slayed it and went on to open India’s account at the Rio 2016 Olympics by winning a Bronze Medal for us. At a time when everybody had given up hopes of winning and became armchair critiques of how differently the athletes could have performed, Sakshi Malik gracefully entered and slapped everyone who believed otherwise.

This 24-year-old super lady defeated Aisuluu Tynybekova 8-5 in the 58 kg freestyle women’s category of wrestling. Here are some of the moments captured on camera that are going to make you relive the superficial moment for India. She had previously won silver medal at the 2014 Commonwealth Games in Glasgow, and bronze medal at the 2015 Asian Wrestling Championships in Doha.

It was not easy as Dahiya had to constantly resist protests from locals who were against the training of girls. Things slowly changed and they became more accepting as the girls from the akhara started to shine in competitions. Her parents, despite not being associated with sports, fully backed their daughter and did everything possible to help her fulfil her dreams. From arranging for her coaching to taking care of her nutrition and diet, they ensured that their daughter got all the help that she needed.