Telangana Chief Minister KCR and his wife Sobha performed the traditional housewarming ceremony at his brand new residence, named Pragathi Bhavan, in Begumpet at an auspicious time of 5:22 am this morning on Nov 24th, 2016. The building is being built with high security systems and it can sustain even a powerful landmine blast. Accompanied by his wife Shobha Rao, son KT Rama Rao, a cabinet minister and other family members, the Chief Minister stepped into the house at 5:22 am, amid the chanting of Vedic hymns by a group of priests. 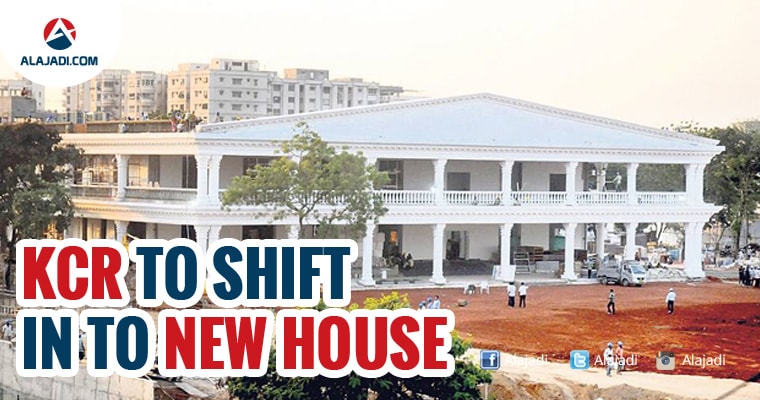 CM’s new residence is being built across a sprawling 1 lakh sq foot area. All the ventilators and windows have reportedly been imported by spending more than 1 crore. The bungalow will always be under the watchful eyes of at least 50 security men, with Intelligence Security Wing (ISW) officials closely monitoring the security measures every moment. 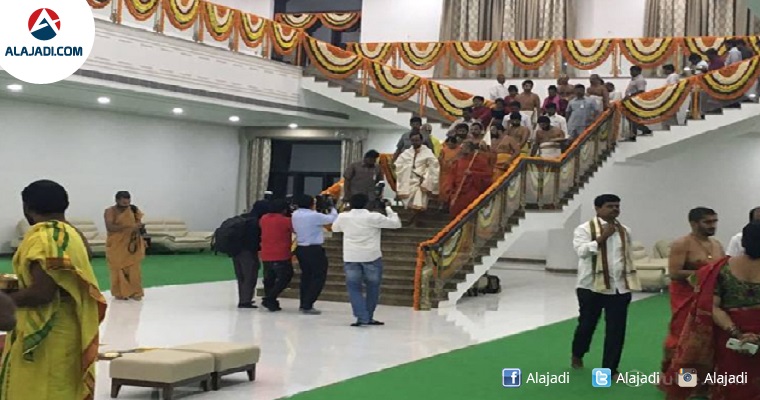 Apart from the family members and party leaders, the state Governor Narasimhan and Kanchi seer Chinna Jeeyar Swamy took part in the gruha pravesam ceremony. The Kanchi seer supervised the puja formalities and KCR  made him sit on his CM chair first before he himself adorned it. In the residence, KCR’s son and minister KTR will be assigned two rooms and they too have been built with high-end security measures. Apart from Z+ security, KCR will also be getting new cars which cannot be destroyed by powerful landmine explosions.

Watch more photos below in our gallery