Former chief selector of the junior Indian cricket team, V Chamundeswaranath, who famously presented BMW cars to India’s Rio Olympics stars, has now confirmed that he will be awarding the luxury car to Indian women’s team skipper Mithali Raj on her arrival to Hyderabad. Chamundeswaranath had earlier gifted a Chevrolet car to Mithali way back in 2007 but now, the all-time ODI top scorer in women’s cricket will be given another previous gift for her stupendous performances at the recently concluded Women’s World Cup. 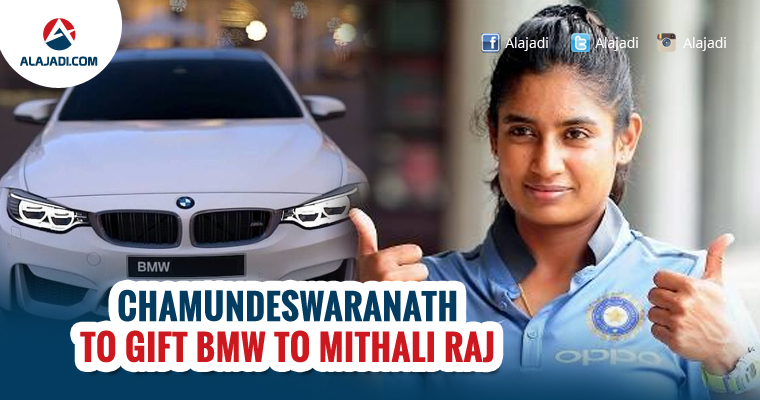 Mithali has been a great influence on Indian cricket. The way she has led the side is remarkable. For a number of years she has been the leading light of the Indian women’s cricket. Our girls are performing quite well. We need to encourage women’s cricket in a big way. I think with their brilliant show in England they have brought a lot of attention to the women’s game. More girls will be inspired to take up cricket now, Chamundeswaranath continued.

It was Indian women who had stunned the world with their performances at the 2016 Rio Olympics, and acknowledging their effort, Chamundeswaranath had presented  – PV Sindhu (Badminton Singles silver medallist), Sakshi Malik ( Women’s Wrestling bronze medallist), Dipa Karmarkar ( Women’s Gymnastics 4th spot finish) and Pullela Gopichand (Badminton coach) – with a BMW car each individual. Saina Nehwal, Parupalli Kashyap and a few other shuttlers have also been honoured by Chamundeswaranath, who is also the vice-president of the Hyderabad District Badminton Association.