Actor Tarun, who attended interrogation in sensational drugs case on Saturday, offered a clarification sometime ago. He said that he has not engaged in any illicit activities. The young actor, who is still finding a way to made a striking comeback, took to Facebook and posted a 4-minute video to clarify about his role in ongoing drugs case. 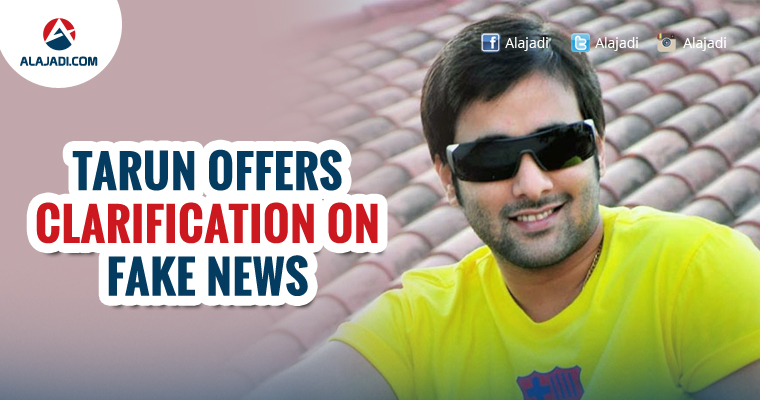 Stating that he totally co-operated for the questionnaire by SIT officers, Tharun said, I have immense respect for Akun Sabarwal and SIT team. I have always been a law-abiding citizen and as responsible citizens, it is everyone’s duty to fight against drugs. Tarun spoke about how the TV reports on the drugs case triggered a suffering in his family. ‘I always had immense respect for media, as they supported me since I was a child artist. But, in the recent past, a few  fake articles about me are quite upsetting. Particularly, when they reported that I’m spending more than 15 days a month in Goa to consume drugs and I’m holding a few pubs in Hyderabad as a benami – there is no truth in these news.

He continued – Even in the past, I had been involved in fake news and in this process, my family is severely suffering and struggling. As such fake incidents are really hurting, I hereby appeal the media to please report after knowing the reality. It’s really sad to go through this phase while my latest and comeback film is gearing up for release soon. The actor ended by thanking his family, friends and fans for all the support they’d been showering on him. On Monday, actor Navadeep will face SIT interrogation at Excise office in Nampally, Hyderabad.