Nakshatram Theatrical Trailer Is Out Now

Nakshatram movie is a action entertainer written and directed by Krishna Vamsi and produced by Venugopal S and Srinivasulu K.  Sandeep Kishan, Sai Dharam Tej and Pragya Jaiswal are playing the main lead roles in this movie. Sometimes it is better that a trailer does not come out and things are left to people’s imagination. One feels it would have been good if a similar situation has occurred for Nakshatram. 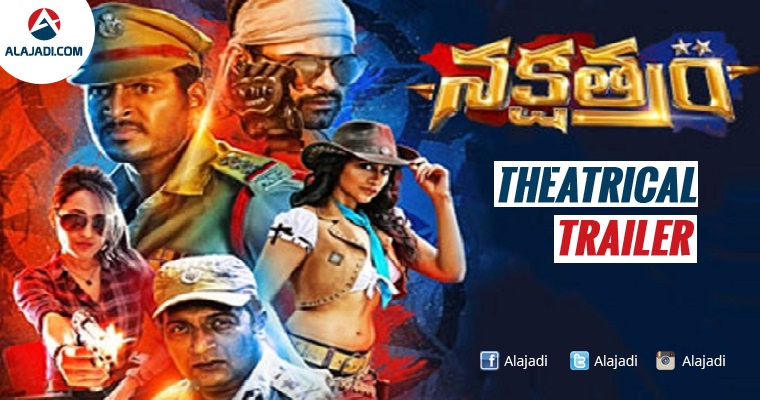 The trailer feels like well-compiled horror clip collection. Every second in that small duration of the trailer is a horror show by all the artists involved. It might not be the case with the actual movie, and the trailer might have simply highlighted the best emotional bits. But if this is the best that can be put in a trailer selling the film, one shudders to think what the actual content might look like.

Sai Dharam Tej’s long guest appearance is expected to last 25 minutes.   Pragya Jaiswal is paired up with Tej and she has a hot song with him! The film also has Prakash Raj and Shivaji Raja in emotional roles.  Tulasi, JD Chekravarthy, Mukthar Khan, Tanish Alladi, Sai Kiran and Raghu Babu are a part of the cast. Produced by Sri Chakra Media  in association with S Venu Gopal and Sajju of Win Win Win Creations and K Srinivasulu of Butta Bomma Creations.