Two students were killed and their friend was injured when their bike hit a road divider and they fell under a truck on the other side of the road at Bowenpally on Saturday afternoon. The victims were triple riding and speeding on a Yamaha FZ bike. Eyewitnesses said the rider could not control the bike due to its speed, and as soon as the bike hit the road divider, the three were flung into the air and fell on the other lane. None of them were wearing helmets. 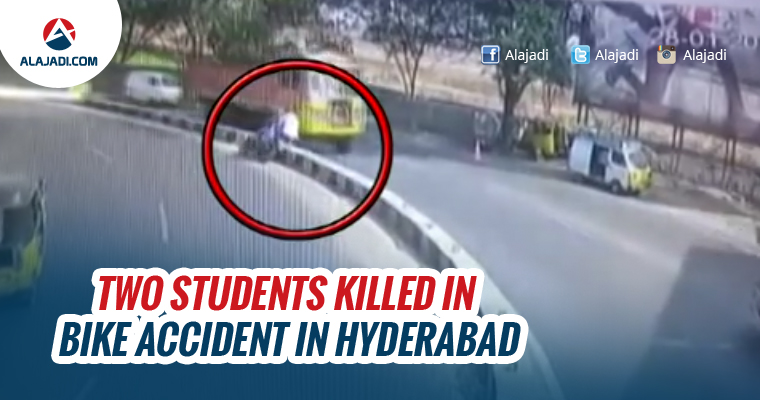 Inter Second Year Student R Anirudh (19) and his friend Vishwa chary (20) who is pursuing intermediate first year passed away. Akhil who was driving the two wheeler at the time of accident suffered a leg fracture. The trio were returning to their colleges in Secunderabad after attending a family function at Fatehnagar.

At the curve near the Tadbund graveyard the driver failed to control the bike due to high speed. The bike rammed the road divider and the three were flung into the air and landed on the other lane. Meanwhile, a truck coming from Secunderabad ran over two of them. The two were crushed under the back tires of the truck. The injured victim was lucky as only his leg was fractured, said an official from Bowenpally police station. People who saw the accident informed the police and emergency services. But, the two died before any medical help. They suffered serious injuries and died on the spot, said the officer.

A Police Official blames faulty design of the road as another reason. He quotes its difficult to control two wheeler moving above the speed of 45 kmph in this area. There were incidents of three wheelers getting toppled and two wheeler hitting the divider in the past.