An innovative way to use thrown water bottles

Recycling objects has always been an important aspect of our daily life and while many people don’t do it, there are many others who take the extra effort to make a difference. A bus stop in Hyderabad not the usual you see at every corner made from brick and mortar but a different kind that has left many people in awe of the initiative. Residents of Swaroopnagar colony in Uppal, Hyderabad had made several requests to the office of the Greater Hyderabad Municipal Corporation (GHMC) to have a shelter installed at the local bus stop. However, with the requests seemingly falling on deaf ears, a local social enterprise decided to install their own shelter using 1,000 discarded plastic bottles. 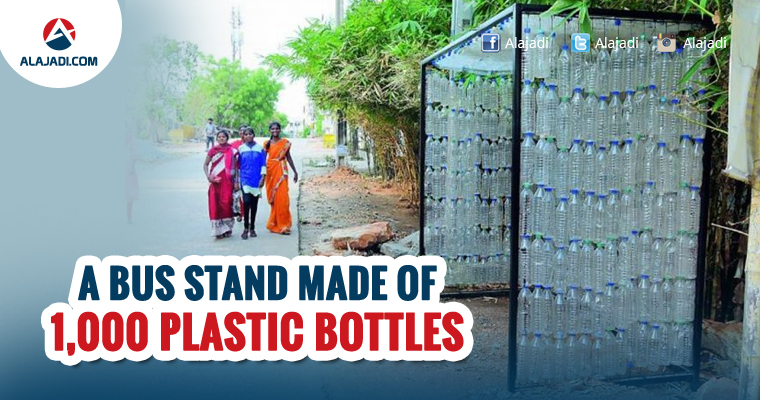 The advantage of the bottled shelter was the gap between the bottles that allowed air to flow freely, thus preventing the bus stop from heating up.