After scoring super hit with English Vinglish(2012), ace actress Sridevi is on the silver screen with ‘Mom‘, which is releasing worldwide on Friday, July 7th. The film garnered a massive buzz with intriguing trailer and posters. Mom is Sridevi’s 300th film and is being released in the 50th year of her film career. Apart from Sridevi. The film has been simultaneously released in four languages( Tamil, Telugu, Malayalam and Hindi). Recently, The film has been cleared by the Censor Board without no cuts and got UA Certificate. 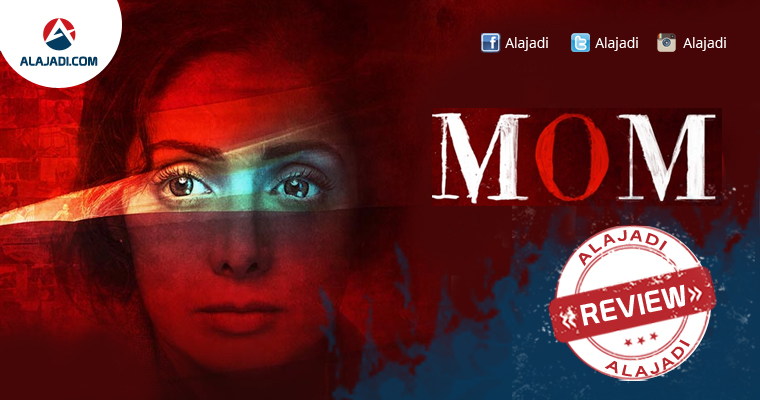 Mom is about a mother named Devki (played by Sridevi) a school teacher. She is the loving wife and a mother of two beautiful daughters, but her elder daughter, Arya (Sajal Ali) is from her husband’s (Adnan Siddiqui) first wife. Arya has not accepted Devki as her mother, but for Devki, Arya is not less than her own daughter.  One night Arya goes for a party and unfortunately gets raped. The incident changes the life of the entire family. The case goes to the court, but when the law fails. What will Devki do in such a situation? And How she takes revenge forms the rest of the story.

The film already got the pre-release hype with trailer and first look posters. A dialogue in the film explains that God isn’t omnipresent, and hence he created mothers. But the mother in this film is prepared to battle with Beelzebub, if he were to as much as niggle with her offspring. I wish every woman who has been a victim of eve-teasing, molestation, rape, domestic violence or harassment could get justice in our country. This is a film which every Indian woman will be able to relate with. The film connects with the viewer emotionally, which is where Ravi Udyawar scores as a director. This is a film, which will inspire women to not feel weak or helpless, to awaken the fiery Goddess inside them and fight against the wrong. Mom is a film relevant for the present time in a country where violence against women is rampant.

Sridevi: She Debutant director Ravi Udyawar brings his advertising sensibilities to cinema to ensure every scene is precise.

Nawazuddin Siddique: He sports an extremely interesting look and plays the role of a secret detective.

Akshaye Khanna: He plays a CBI inspector, and fits the role.

Pakistani actors Adnan Siddiqui and Sajal Ali, both of who make their Bollywood debut with Mom, put up a nice performance as father and daughter. Adnan Siddiqui is especially brilliant as a grief-stricken father desperate to get justice for his daughter who is a piece of his heart.

he film is the suspense thriller, Debutant director Ravi Udyawar brings his advertising sensibilities to cinema to ensure every scene is precise and produced by Boney Kapoor, Sunil Manchanda, Mukesh Talreja, Naresh Agarwal and Gautam Jain under the banner, MAD Films and Third Eye Pictures. Music for the film is being scored by A. R. Rahman. Cinematographer Anay Goswamy captures the proceedings strategically and in a manner that influences and controls the audience’s focus. AR Rahman’s songs barely assist in establishing the mood but the sound effects rendered in the action scenes furnish much tense.