The Most Awaited Film of Actor Hrithik Roshan and Yami Gautam Kaabil (Kabil) is going to hit sliver screens world wide on Wednesday in 1500 screens. The movie is already making headlines form few days where first look & trailer received got awesome Response from Audience now film is going screen in big screens in few hours. Film Director Sanjay Gupta kept lot of expectations on this film. This film produced by Rakesh Roshan. This film is released in Telugu version also as Balam. 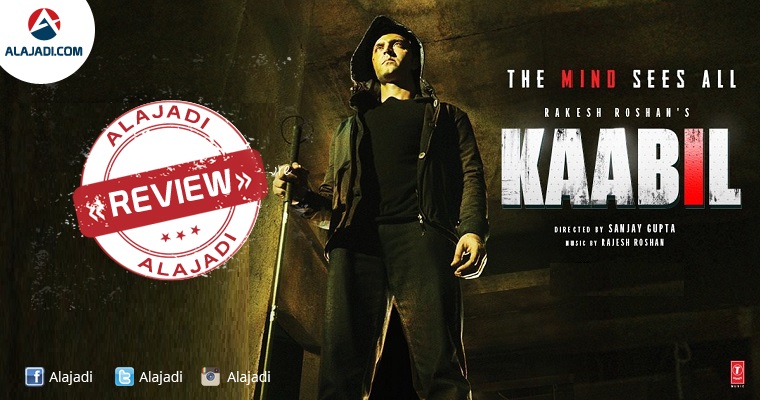 When they get hitched, visually-impaired couple Rohan Bhatnagar (Hrithik) and Supriya Sharma (Yami) light up each other’s lives. Unfortunately their dark world goes topsy-turvy when Supriya is raped and Rohan finds the policemen playing blind’s man’s bluff. Leaving him with no choice, but to take the law into his own hands.

Kaabil is regular revenge drama with some fresh and interesting proceedings, which keep the viewers engaged right from the beginning till the end. The climax is very interesting and emotional. The movie has all the commercial ingredients to impress all the classes of film goers.

Hrithik Roshan: He is the one who steals the show with his acting. He is vulnerable as a lover and menacing as a killing-machine.

Yami Gautam: Her part was best to watch and chemistry between both the actors worked out well.

The film also features Ronit Roy, Rohit Roy, Narendra Jha and Girish Kulkarni in prominent roles. Everyone in the movie has done some great work.

Kaabil is a formula film the likes of which director Gupta and producer Rakesh Roshan have tried time and again. Seems to be inspired by Hollywood’s Blind Fury (1989) and Korean hit Broken (2014), the film pits its blind protagonist as a man on a mission, out to destroy the people who have destroyed him. Hrithik has delivered his career’s best performance and his chemistry with Yami is quite refreshing. Both the antagonists, Ronit Roy an Rohit Roy, leave strong impressions on the viewers.The story line of the film is really different from that of a typical romantic flick and is definitely a must watch.