Kollywood Actor Come Choreographer Raghava Lawrence Hits Sliver Screens With His New Film Sivalinga (aka) Shivalinga Which is Released in Telugu & Tamil on 14th April 2017. The movie is the remake of 2016 released Kannada movie with the same name. After Ganga in 2015, Lawrence is coming back with yet another horror comedy Shivalinga. This Film is Directed by P Vasu and Produced by R Ravindran. Shivalinga (the title has nothing to do with what is in the film) is an entertaining mixture of a thriller, suspense and horror. 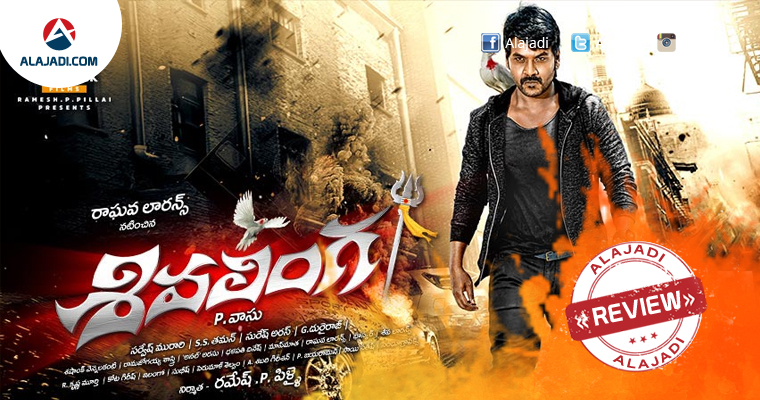 Raghava Lawrence plays a CID set to crack a murder mystery. The case takes a turn when his wife is possessed by a spirit. His work-life balance gets messed up even as he tries to solve the case. What follows next is the best part of the story.

The Shivalinga movie comes with right mix of comedy & thriller elements. Shivalinga Movie is entertaining movie with right mix of thriller and Comedy. Raghava Lawrence Settle Acting, Ritika Singh Glamour adds to the film. The movie runs around the mystery solving; each frame in the film is extraordinary. Comedian Vadivelu played a Important Role in this film.

Raghava Lawrence: He has done the fabulous job in his role.

Ritika Singh: She is presented in glamorous in this film. She acted brilliant in interval block.

Shivalinga is upcoming Tamil Action horror comedy film directed by P. Vasu.  Also Vadivelu teamup with P. Vasu after a long gap.  Music is composed by S.S Thaman. Cinematography is handled by Sarvesh Murari. The movie is a must watchable movie.