Satyadev who was seen as hero in speed director Puri Jagannadh’s Jyothi Lakshmi was seen only in a film called Mana Oori Ramayanam later. This talented actor is working for a movie titled Guvva Gorinka. This film is being directed by Mohan Bommidi, a protege of the eccentric genius Ram Gopal Varma. It is being produced by the duo of Damu Kosanam and Jeevan Reddy. The romantic comedy’s first look is out and now the teaser is all set to release on the Valentine’s eve i.e February 14. The film is aiming for summer release with most shooting work being completed! 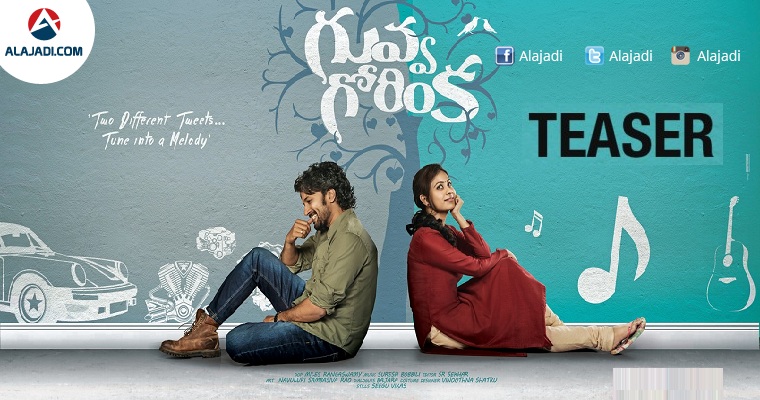 After starring in the critically acclaimed film Jyothi Lakshmi, directed by Puri Jagannadh, actor Satya Dev is back on screen with another romantic comedy Guvva Gorinka. The film is directed by Mohan Dommidi, who is a disciple of Ram Gopal Varma. On the occasion of Valentines Day, the makers have released the teaser and it looks interesting. Guvva Gorinka, features Priya Lal in the lead role and it seems like an absolute feel good, romantic entertainer with a soothing story line. It also has an interesting tagline Telling the love story of two individuals with two distinct mindsets. Though it didn’t reveal much of the plot, so far it is fantastic. The music is composed by Suresh Bobbili. Chaitanya, Madhumita, Priyadarshi of Pelli Choopulu fame, E.T.V. Prabhakar, Fish Venkat, Sathya Priya and others are part of the cast. The film is produced by Damu Kosanum and Jeevan Reddy.