Baahubali -2 album was a massive hit throughout our country in all the 3 languages. And as usual people started making cover versions and reprises of these hit songs. One such cover version of the song “Heysa Rudhrassa” is now taking the internet by storm. And guess what it was sung by Indonesians!! A video of an Indonesian band performing the title song of ‘Baahubali’ is the best thing you can watch on internet today. 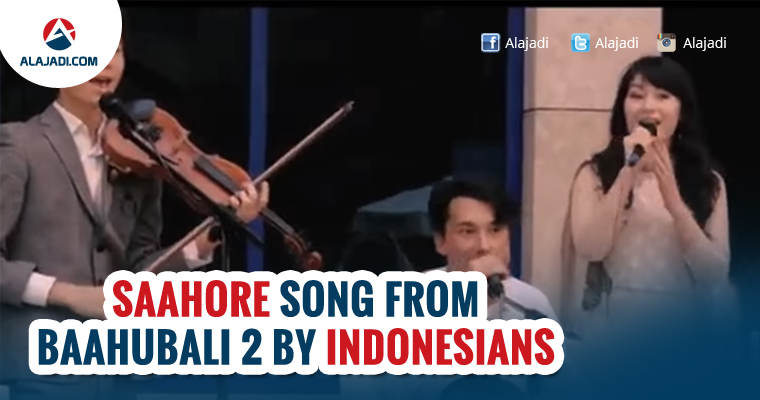 The troop has performed the ‘Saahore Baahubali’ song very aesthetically despite not knowing the Telugu language. The audience at the event were mesmerised by the band’s stupendous performance. The musical arrangement and the aesthetic rendition of the Telugu lyrics are receiving applause from Indian movie lovers. The craze of Baahubali has crossed boundaries, and the film’s title song being performed at an international event is a perfect example for it.