Rana Television Debut With Chat show No 1 Yaari with Rana

Baahubali Actor Rana Daggubati Making His Small Screen Debut With New Chat Show No 1 Yaari with Rana. This is Actor First Show Aired at Genimi TV. The actor who is looking forward For his upcoming film Nene Raju Nene Mantri shared the teaser of the show on his official Twitter account. Rana tweeted, “TV a space Ive always been fascinated with, for the first time, direct to your home as TV Host ‘No1 Yaari with Rana’ teaser at 5pm #No1Yaari,” and added, “To celebrate the greatest friendships with your favourite stars, coming to your homes, #No1Yaari with Rana @GeminiTV @McDowellsNo1 #VIU.” 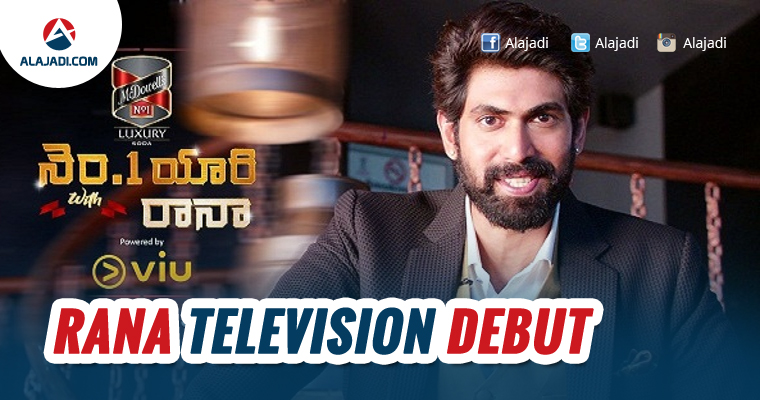 The Concept of the Show is bringing several celebrities to the show and asking about their real life incidents and Personal lives. Rana has huge belief in the concept of the show. He also thinks that he is surely apt for the show. As Per Inside Reports Gemini TV offered a Large amount to the Rana Daggubati for the show. Recently, Junior NTR also confirmed to host Big Boss show in Maa TV. We have seen so many Tollywood Star Making Their Small Screen. Now Rana came with No.1 Yaari Show with Rana casting in Gemini TV. We have to wait for some time to see the show trp ratings.

To celebrate the greatest friendships with your favourite stars, coming to your homes, #No1Yaari with Rana @GeminiTV @McDowellsNo1 #VIU pic.twitter.com/ySMSyH993E

On Work Front Actor is Currently Busy in Shooting For His Upcoming Film Nene Raja Nene Mantri This film political thriller has Rana Daggubati portraying the role of Raja Jogendra, and the film which is all about love, lust and power is a commercial Telugu formula.The movie also stars Navdeep and Ashutosh Rana. It is a political drama directed by Teja with Suresh Babu as the producer, forming part of the crew. The expectations on this film are high, especially after Rana’s success with SS Rajamouli’s Baahubali franchise. The teaser of the film has been received well by the audience. Watch Space For More Film Updates.