NDA’s presidential candidate and former governor of Bihar Mr. Ramnath Kovind has shown a clear domination over UPA’s presidential candidate and former speaker Meira Kumar in the Presidential Polls 2017. As per the latest reports (2.45 pm), Ramnath Kovind has secured 4,79,585 votes whereas his counterpart Meira got just 2,04,594. Going by the trend, Meira has lost to Kovind in the race to Raisina Hill. 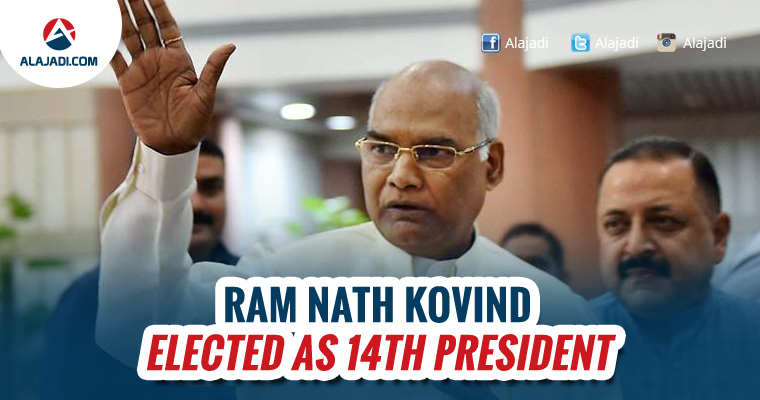 Even as the counting is underway and final numbers are yet to come, with a huge margin of nearly 3 Lakh votes, Kovind’s victory is almost confirmed and is unassailable. Although, Meira’s defeat is predicted, the great difference of votes is what comes as an embarrassment to UPA.

40 major political parties and their MPs and MLAs have cast their votes across the country to choose the next President of India. The numbers are clearly in favour of Ramnath Kovind who is all set to become India’s 14th President. Prime Minister Narendra Modi, Union Ministers, Chief Ministers of AP, Telangana, West Bengal and Other States congratulated Ram Nath Kovind. Interestingly, Meira Kumar didn’t receive even a single vote from AP.