As the 50 days deadline for demonetization is ended on December 30th, Prime Minister Narendra Modi is likely to address the nation at 7:30 PM on the issue on December 31st. He would highlight the measures taken to address the cash crunch and driving country towards cashless economy during his speech. He will also share how much of Rs 15.4 lakh crore currency in old Rs 500 and Rs 1000 denominations has come into the banking system after note ban. 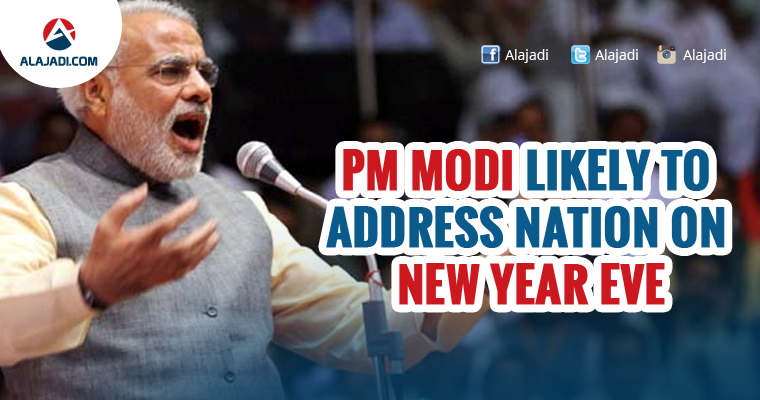 In his address, the Prime Minister may speak about the road map post the demonetization period especially on the steps likely to be taken to ease cash flow that has been a major problem ever since demonetization took place. Even after 49 days, Long queues could be seen at banks and ATMs in the country. The whole country is waiting to hear how would Modi react on the failure of dispensing enough cash.

Even Union Minister were asked to be prepared to handle any situation after December 30th. A 60-page document listing out all the aspects related to demonetization has been offered to all the Ministers by Union Finance Ministry. The other hand, Union Cabinet passed an ordinance to stop circulation of old Rs 500 and Rs 1000 notes. If caught holding over 10 scrapped currency notes, He/She could face 4 years jail term and Rs 50,000 fine.

On Tuesday, Modi met economists and experts at a meeting in Niti Aayog to discuss the current economic situation On December 25, Modi had addressed his last Mann ki Baat of the year when he introduced two new schemes to promote digital transactions — Lucky Grahak Yojana and Digi-Dhan Vyapar Yojana.