Finance minister Arun Jaitley presented Union Budget 2017-18 in Parliament on Wednesday. For first time in the history of India, both the Union Budget and the Rail budget have been merged with the General Budget. There will be no separate Rail budget, this time! This decision to present the budget together was taken with the aim to complete the whole process before the end of this financial year. 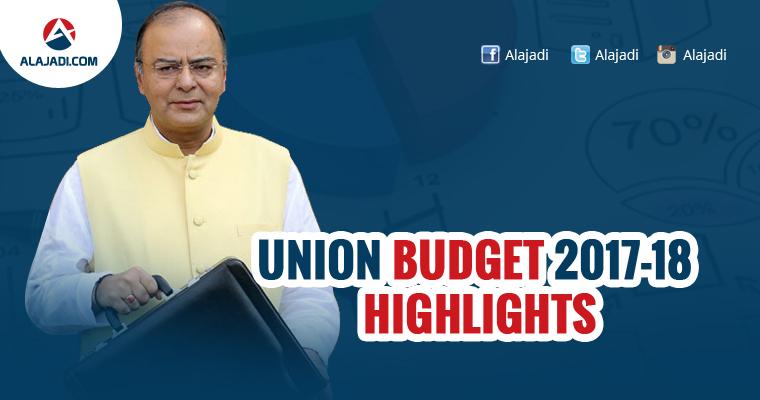 The union budget 2017 is considered to be the most historic and unique budget in the history of Independent India, considering that fact that it would be presented on February 1, doing way with the former date of presentation on the last working day of the month. The budget also holds significance due to its close proximity to the announcement of the demonetization drive by Prime Minister Narendra Modi on November 8, 2016.

Before the session starts, Lok Sabha Speaker Sumitra Mahajan said, “We are saddened” by the death of sitting Parliamentarian and former Union Minister E. Ahamed’s demise, but 2017-18 Budget will be presented in Parliament as planned. “Our member E. Ahamedji was very active person. I just came here after paying him tribute. But we will have to think about both things simultaneously,” Mahajan added.

Highlights of the Union Budget are as follows: