Harish Dhandev had a government job. But he was far from happy. Hailing from a family of farmers, he too wanted to farm. Once, he visited an agri-expo in Delhi, which proved to be a turning point in his life. He quit his job and started cultivating Aloe Vera and other crops on his 120 acres of farmland. 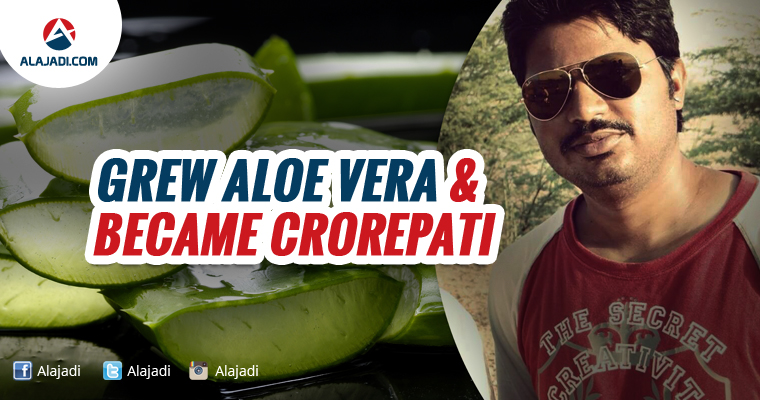 Harish’s turnover now ranges between Rs 1.5 crore to Rs 2 crore per annum. He has established his own company, ‘Naturelo Agro’ at Dhaisar, 45 kilometres from Jaisalmer in Rajasthan. Aloe vera grown in the Thar Desert is being supplied in huge quantity to Patanjali Food Products for making aloe vera juice. The quality of Aloe Vera grown in the desert is so good that there is a heavy demand for it in both, the national and international markets. Experts at Patanjali found the quality of Aloe Vera good. They immediately placed orders for its leaves.

Dhandev’s venture has paid off. He said that he had got a job as a junior engineer with Jaisalmer Municipal Council, but his heart always craved for the fields. He had land and water, but no idea. At the expo, he decided to cultivate Aloe Vera, amla and gunda. Generally, in the desert, bajra, wheat, moong, mustard etc are grown, but he thought of growing something quite different. He grew babie densis, a variety of Aloe Vera which is so good that it has a high demand in Brazil, Hong Kong and America as well. Initially, he had planted around 80,000 saplings, which have now increased to seven lakhs. He said that in the last four months, he has sent 125-150 tonnes of processed Aloe Vera pulp to the Patanjali factories in Haridwar.