Jio May Soon Give Users Mobile Numbers Starting With ‘6’

Daily Reliance Jio is offering something new and trending now the latest it Reliance Jio will be soon offering 6-series Mobiles Number to their customers, the same Reliance Jio 6-series Mobile Number will be discussing. Currently, mobile number series in India begin either with 9, 8, or 7. However, soon you might come across 10-digit mobile numbers which begin with 6. Reliance Jio, which rolled out its 4 G services in September last year, has been allotted new MSC codes in the 6-series by the Department of Telecom (DoT). This essentially means, future Reliance Jio subscribers will be able to acquire numbers starting with the digit 6. 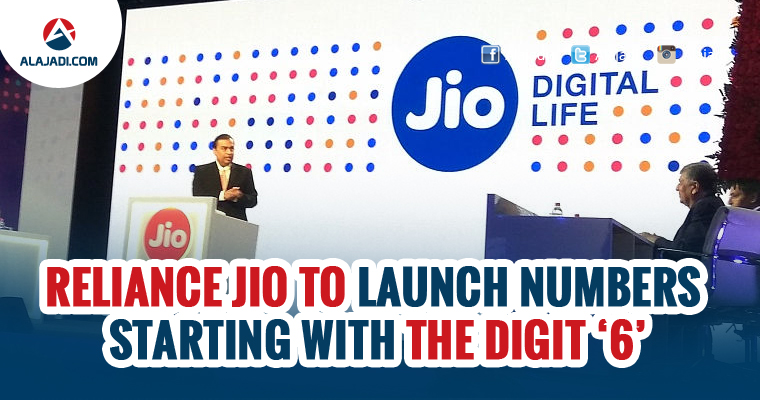 The MSC code is a number series allotted to each operator in different circles. This is essentially the first 5-digit of your mobile number. Each telecom operator is assigned a bi-numeral number to identify its network. The first part is the Mobile Country Code (MCC) while the other part is known as the Mobile Network Code (MNC). While the MCC remains constant throughout the country, the MNC varies from circle to circle.