Young Rebel Star Prabhas is now the most sought after actor all over India and his popularity has fetched him a huge fan base across the world. As he allotted five years of his time for Baahubali, it is heard that he was paid a whopping 25 Crores as remuneration for each part of the film. As per media reports, Prabhas has now hiked his remuneration to a whopping Rs 30 crore, which makes him one of the highest paid actors in India and the highest paid Telugu actor. Not even the likes of Pawan Kalyan and Mahesh Babu charge such amount. 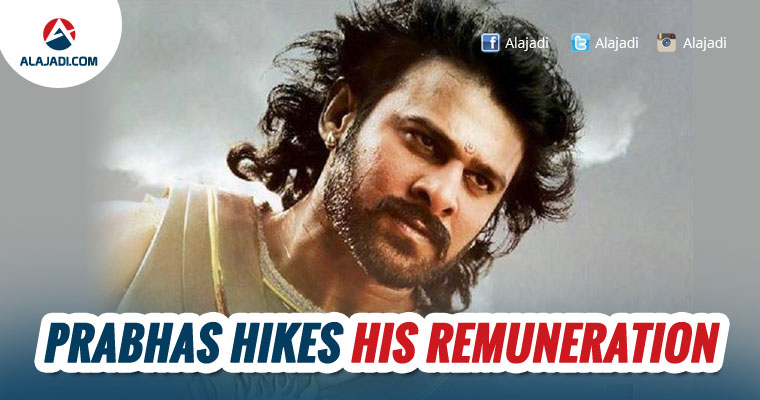 Prabhas has given five years of his life to Baahubali and rejected several films during this period. So, he deserves to hike his remuneration in order to make up for the lost offers and time. Baahubali has made Prabhas a pan-India star and producers don’t mind shelling Rs 30 crore or a few more for him as he now has the caliber and craze to deliver global blockbusters. However, if this turns out to be true, Prabhas will be one of the highest paid actors in South after Rajinikanth. Meanwhile, Prabhas will soon commence shooting for his multilingual action entertainer Saaho which will be directed by Sujith.