Ending months of speculation finally, the makers of Mahesh 23 seems to have locked the film’s title. If latest reports are anything to go by, the film has been christened as Spyder. Apparently, Spyder has been registered at the Telugu Film Chamber by N.V. Prasad on the banner of NVR Cinema. It is said that the same title has been registered in Telugu, Tamil and Hindi. There are reports now that Spyder has been finalized for the title. The names of  Sambhavami, Agent Siva, Abhimanyu and Mr X were doing rounds. 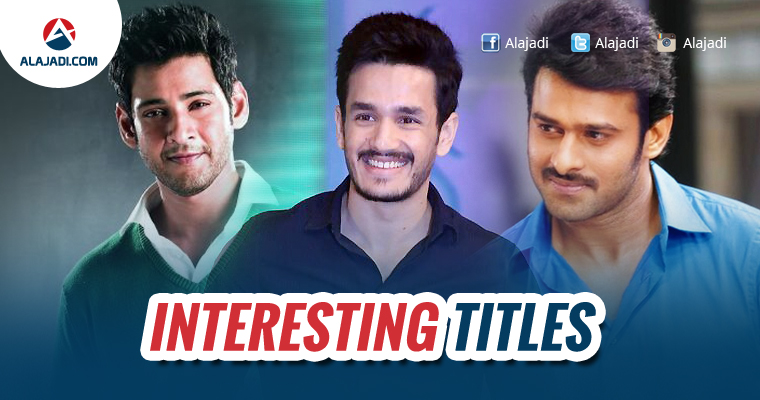 While there is no confirmation from the producers yet, an official confirmation regarding the same is awaited shortly as none other than Mahesh Babu himself took to his micro blogging page and asked fans to be patient as the film’s first look would be out very soon. Mahesh is seen as a stylish undercover Agent from intelligence department. Meanwhile, UV Creations has registered Sahoo as the title. Given that its next is Prabhas 19 directed by Sujeeth, it’s buzzed that Prabhas 19 would be called as Sahoo.

On the other hand, speculations are rife that Akhil 2 might also get a title. Sumanth and Supriya’s banner SS Creations has registered two titles Ekkada Ekkada Undo Taraka and Junnu. Naturally, it’s speculated that one among the two would be named for Akhil 2, being produced by Annapurna Studios. While Ekkada Ekkada Undo Taraka is a song in Mahesh’s Murari and Junnu is said to be the nickname of the heroine in Akhil 2, to be directed by Vikram Kumar of Manam fame. This piece of news is expected to bring cheer tn the fans of Mahesh, Prabhas and Akhil while they continue to wait for an official announcement.