In the next two to three months, you will need to give either your passport or Aadhaar number to fly+ even within India. So far, a driver’s license has been an acceptable form of ID to fly within the country, passports have not been sought. Aviation ministry sources say that passenger identification has become mandatory because it is looking to put four levels of offences graded in terms of seriousness in its proposed nofly list. Each level will prescribe a different grounding period for passengers. 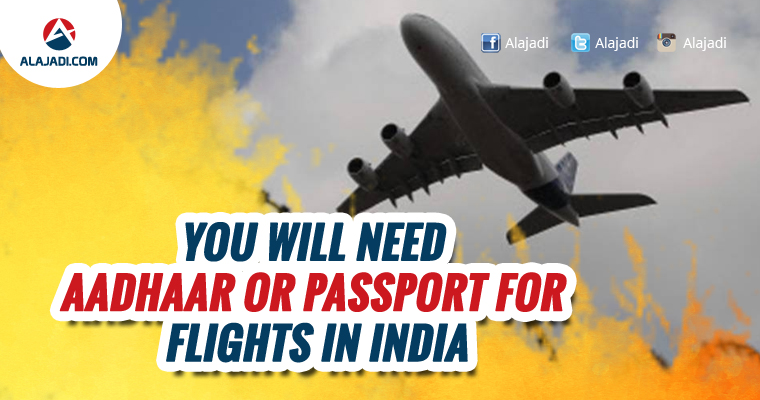 So the government now wants a fool-proof identification process and believe that airline staff will find it easier to check a passport or Aadhaar card to distinguish between troublemakers and genuine passengers even if they have the same name. The ministry will put these proposals on its websites for all the stakeholders including airlines and passengers to comment before taking a final call. Along with the No Fly List, the Ministry also plans to introduce a system of  graded punishment for unruly passengers depending on the severity of offence.

Aadhaar is the 12-digit unique ID assigned to each Indian linked to bio metrics including fingerprints and iris, or retina scans. So by this June or July, we will have the entire thing in place,” said a highly placed source.