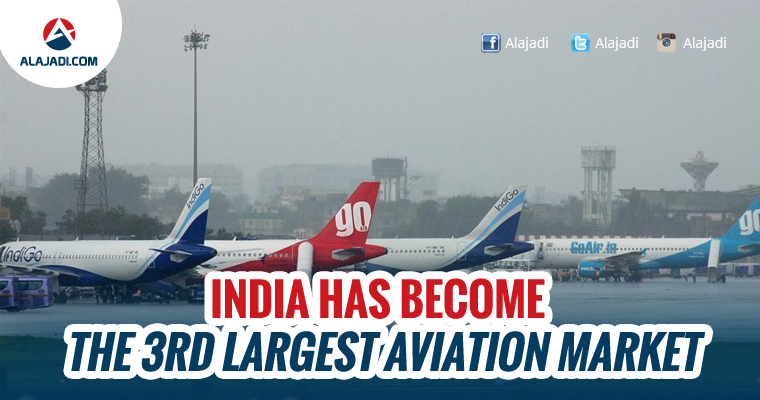 Domestic air traffic has shown a consistent growth of 20 -25 per cent throughout 2015 and 2016, peaking in January this year at 25.13 per cent. However, the domestic travel demand rose 16 per cent in February this year, ending the long streak of over 20 per cent. According to CAPA, India which enjoyed the fourth position in terms of overall air passenger traffic (both domestic and international) along with the UK, has also inched closer to becoming the third largest one by March next year. India will become the third largest market 2-3 years ahead of what was projected. This is because the growth has been much higher, Kapil Kaul, head of CAPA India, said. Japan, which flew 141 million passengers in 2016, was ahead of India whose total air passenger traffic was 131 million in the previous year, as per CAPA. United States with 815 million passengers in 2016 enjoyed the top position, followed by China with 490 million, according to the report. While we will reach the third spot for both domestic and international air travel ahead of the projected period, we will remain at that position for a very long time because it will not be easy to surpass China and the US, Kaul said.

Earlier International Air Transport Association (IATA), a trade association of the world’s airlines has suggested in its passenger forecast that India will displace the UK in terms of becoming world’s third largest aviation market internationally as well by 2026. An aviation market is defined by traffic to, from and within the country.