JC Diwakar Reddy To Retire as Politician From 2019?

Rayalaseema region and ruling TDP MP from Anantapur JC Diwakar Reddy seems contentious with the political life he enjoyed in the last 40 years. He declared that he will not contest 2019 election as he decided  to retire from active politics. He expressed anguish over diminish the role of legislators in legislative bodies and limits the MLAs and MPs to cast their vote during discussions in homes. 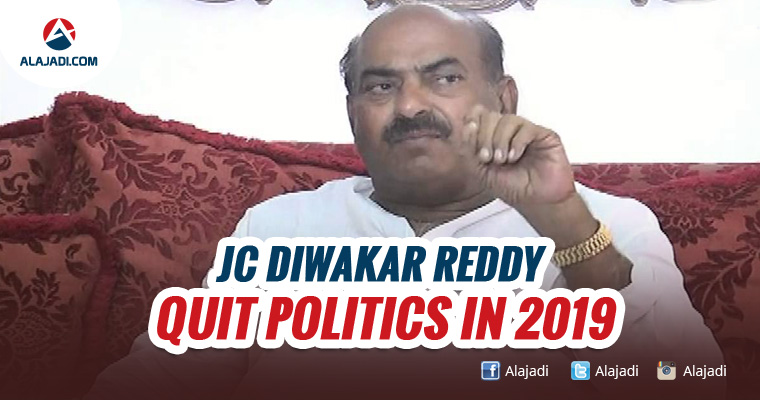 The Anantapur district strongman is earlier a senior politician in Congress who stood with the party even in 1983 NTR wave. JC is the first Congress MLA to resign after Congress Party moved the bifurcation bill favoring the state division. He joined the rival Telugu Desam Party and played his part in the party’s victory. He has been elected 6 terms to Assembly, out of 5 times to the Assembly from the Tadipatri constituency. He is a part of the YS Rajasekhar Reddy cabinet during 2004-2009 as Minister for Panchayat Raj and endowment departments. But then he was denied an entry into the cabinet in 2009 when YSR won for the second time and also later in Kiran Kumar Reddy’s cabinet in 2010.

He also has business like mining and Diwakar travels. He won the Indian general election, 2014 being an Telugu Desam Party candidate.He heads the panel of Food and Consumer affairs. Buzz is that JC will bring his scion into politics in his place. Speculations doing rounds that JC Reddy’s son will foray into politics and stepped into his father’s shoes before the 2019 election.