A family’s outing for fast food turned into one of horror, when they found a deep-fried lizard in a serving of fries at a McDonald’s outlet in the city. On Tuesday morning, Priyanka Moitra, a resident of Kolkata, took her daughter to the McDonald’s outlet near EM ByPass. They ordered a french fries and while tucking into her fries, the daughter discovered the deep-fried lizard. 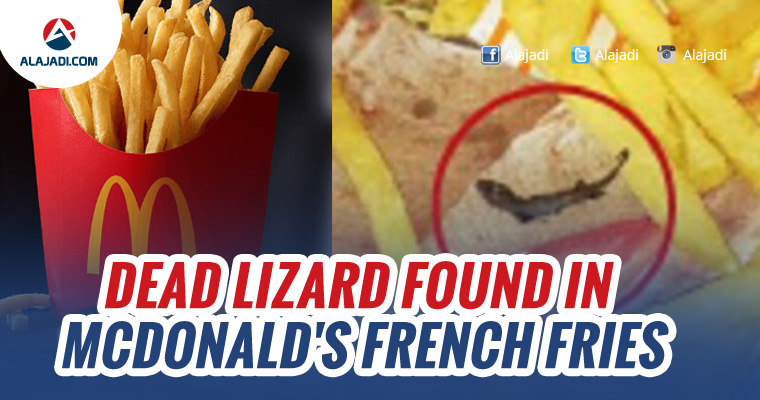 She is six-month pregnant. What if my child or I would have eaten the food with that fried lizard? A lot of negligence on McDonald’s part. That is why, I have filed a FIR. Meanwhile, Priyanka’s husband Sanjay Moitra expressed shock over the incident. I’m concerned about my family’s health. My wife is pregnant. How can McDonald’s be so careless? As soon as I heard about the incident, I contacted Delhi and Kolkata’s McDonald’s office, but they didn’t bother. There’s been no apology, they just want us to send it to them for analysis.

Ei Samay contacted McDonald’s Kolkata area manager Rohit Kumar about the incident, but he said he is not the authorised person to answer. Raja Mani, a McDonald’s official from Delhi, said, A customer allegedly found a foreign body in their food. We take all reports of this nature very seriously and investigate them thoroughly.