March with us: Jan 21st at 5pm in cities across India

A group of women are organizing a nation-wide campaign to reclaim public spaces and raise their voices against the deeply embedded patriarchy in India. Triggered by the reports of the New Year’s eve incident in Bengaluru, this campaign aims to challenge the derogatory and sexist statements made by Samajwadi Party leader- Abu Azmi and similar others who blame the victim and not the culprit. The politician has reportedly said that the New Year’s Eve incident was bound to happen since the women were wearing short dresses. Blaming the victims he added further that women should not step out alone at night. 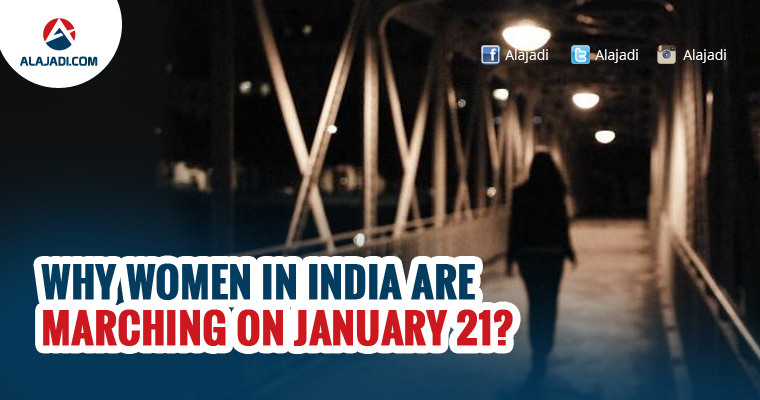 I Will Go Out as the name suggests, hence aims to eradicate the stigma attached to women being outside their homes after evening. Public spaces are becoming consistently prone to crimes against women. Apart from the horrifying incidents reported from Bangalore, the case of trekkers being roughed up in Lonavala by vigilante groups and the molestation of a Ladakhi girl are only a few incidents that have made it to prime time news. This campaign started as a conversation among individuals and organizations against the rampant street sexual harassment. Something every woman has experienced irrespective of her age, class, religion, choice of clothes or city. Moral policing, victim blaming and the age old Why were you out at night? attitude needs to change.

#IWillGoOut is a collective of individuals and organisations across various cities in India that strongly denounces Violence Against Women and advocates for women’s right to be seen, heard and be in public spaces at any given time without question or fear. We are a movement of the people, for the people, by the people. The emphasis of our collective is to bring in as many diverse voices from across the country as possible. We are therefore in the process of reaching out to various organisations to join us in re-defining what safe access means to different people in different contexts. Our attempt is to unite across class, caste, religion, sexuality and all other categories that are used for dividing us, by tapping into the solidarity that exists across multiple struggles, in order to bring the change this country needs.

As a part of this campaign on January 11th, the citizens of Bangalore took to the streets in raising their united voice with slogans such as My Body is My Right and shame belongs to those who commit the crime. Malini Krishnamurti, Additional Commissioner of Police spoke to the crowd and assured them that ‘this issue will be taken up seriously and complaints lodged’. The campaign is increasingly gathering momentum and over twenty cities are now organizing the solidarity march, scheduled to be held nationally on Saturday, 21st from 5 pm to 8 pm.

Mentioned below is the list of cities organizing this solidarity march:

In Dwarka also, the campaign is being organised. You can connect with them here: Iwillgoout_dwarka