Tollywood young hero Nikhil has put all his hopes on the success of his upcoming action thriller Ekkadiki Pothavu Chinnavada to bounce back on to the success track. VI Anand of Tiger movie fame has directed the movie and P. Venkateswara Rao is bankrolling it under the banner of Meghana Arts. Hebah Patel is the female lead. 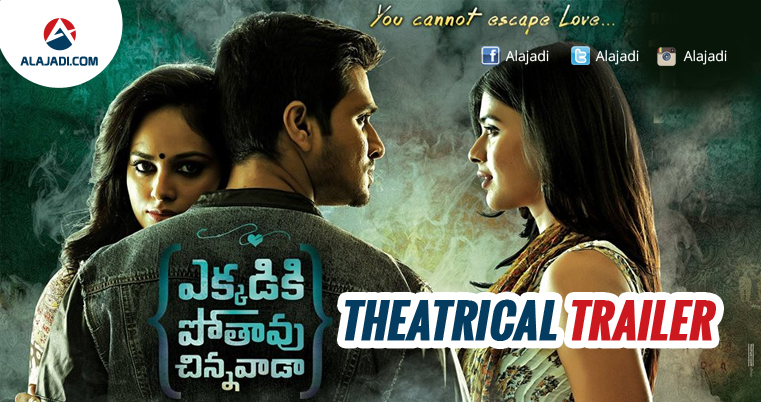 Sekhar Chandra was given the audio album in Ekkadiki Pothavu Chinnavada flick. Recently, this film’s songs were come into the market directly on 11thof November without audio function. This movie has 4 songs which are entertained the public in a wonderful manner. Apart of direction, Vi Anand is written of Ekkadiki Pothavu Chinnavada flick. Chota K Prasad is handled the editing work in the movie.

It was created huge expectation on this project among the public. So, makers are succeeded to generate positive reviews on Ekkadiki Pothavu Chinnavada movie from the people with their released theatrical trailer. Nikhil was appeared as very interesting in the official trailer. Unit members of this film are done promotional activities very well. Makers have lot of expectation on their upcoming project as it will give good identification to them among the public. Watch the video of Ekkadiki Pothavu Chinnavada trailer.