The clash between Good (Rama) and Evil (Ravana) is going to be different now.  If the fight is external, it’s formulaic.  If it’s internal, it’s ‘Mana Oori Ramayanam’.

Known for his exceptional acting prowess, popular actor Prakash Raj is directing and acting in this own Telugu production, which is slated for an October release. Actor Prakash Raj’s upcoming bilingual flick titled as ‘Mana Oori Ramayanam’ in Telugu and ‘Idolle Ramayana’ in Kannada has completed the censor formalities also. The regional censor board has given ‘U’ certificate to movie. This film is produced by himself and Ramjee Narasiman under the banners of Prakash Raj Productions & First Copy Pictures. 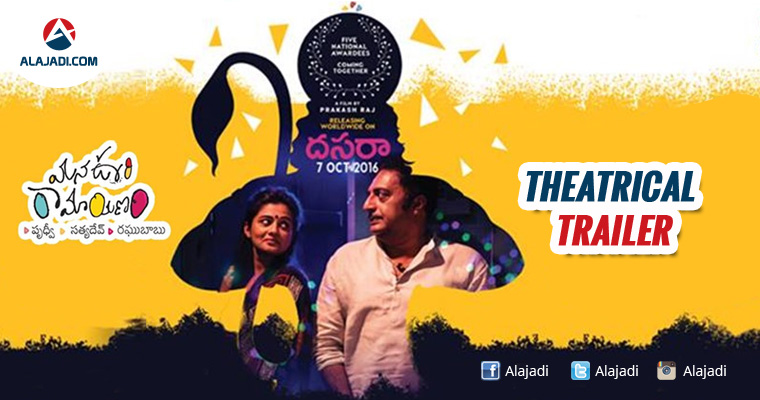 This film is a remake of Malayalam superhit film Shutter(2012). The trailer gives a very different vibe from normal mainstream cinema and seems to be based on art and stage drama. The film stars Prakash Raj himself and Priyamani in lead roles. The film also features Raghubabu, Prudhviraj, Satyadev Kancharana in supporting roles. The trailer has got the positive buzz from audience and Tollywood Industry. The dialogue is written by Gopisetti Ramana.

Might be this film will clash with Naga Chaitanya’s Premam, Kalyan Ram’s ISM and Abhinetri film which also releasing on October 7th.

Here is the Trailer :