Samantha and Naga Chaitanya are said to be the most celebrated couple of Tollywood film industry. The lead pair is doing perfectly well at the box office now. Akkineni Naga Chaitanya and Samantha are busy with their own commitments and the buzz reveals that Akkineni Naga Chaitanya, who is currently busy promoting his latest film Rarandoi Veduka Chuddam, has recently attended a popular TV show called Konchem Touch Lo Unte Cheptha hosted by Pradeep. 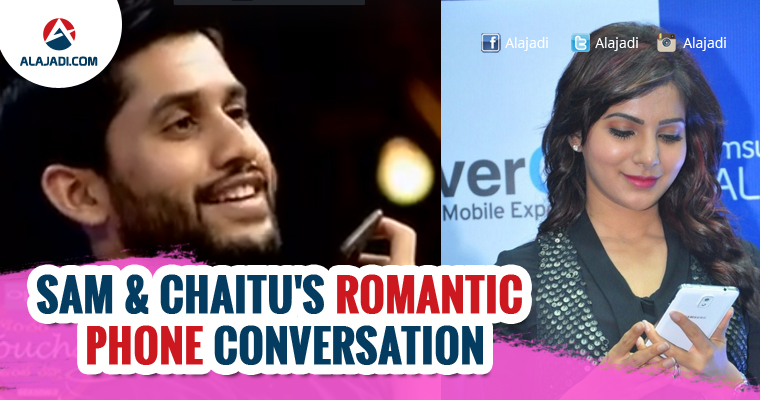 When Chaitu was asked by the host to make a telephone call to Samantha as part of a fun activity, he started off the conversation asking her the famous dialogue he mouthed in “Ye Maaya Chesave” – “Prapancham lo enthomandhi ammayilu unna, nenu Sam ne enduku Preminchanu (Why did I love Sam when there are so many girls in the world?).”

Sam immediately replied, “Because nenu neeku aa option e ivvaledu (I didn’t give you that option at all). Then Chaitu replied, “Naku inko option kooda vaddu le (I don’t need another option). Sam then said the most lovely thing to end the conversation, she replied, “I Love You” to a blushing Chaitu.

“Ye Maaya Chesave” is the debut film of Samantha and the first hit of Chaitu. The video showing the romantic conversation of the duo using dialogues from this classic film is making the duo’s fans go crazy. The couple is expected to enter wedlock towards the end of this year.