Keerthy Suresh Next With Bellamkonda Sreenivas

Kollywood Sizzling Beauty Keerthy Suresh Who winning millions of hearts with her wonderful performance Nenu Local, Keerthy Suresh has become the popular heroine in Telugu Film Industry. According to the Film Nagar update, the actress is in the talk of Bellamkonda Sai Sreenivas starrer upcoming untitled Film which will be helmed by Sriwass. The makers are Ready to cast Keerthy as female lead in this Film. If she gives a nod for this project also then Keerthy’s future would be bigger and brighter. This big project is produced by the renowned producer Bellamkonda Suresh. 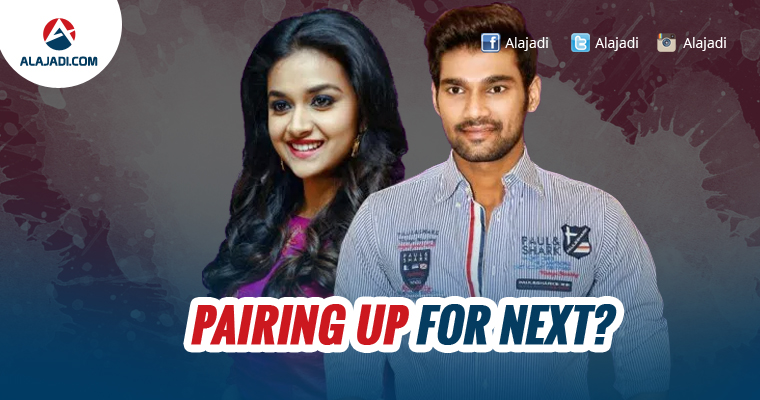 Keerthy has done only 2 films in Telugu but both of them were a blockbuster. She has done quite a few films in Tamil too along with superstars Vijay, Dhanush, and Siva Karthikeyan. She has evolved a lot as a heroine and her performance has also reached another level. An official announcement is awaited. Bellamkonda Sreenivas is currently busy shooting for his next in the direction of Boyapati Sreenu which will release later this year. It is a known fact that she has been roped in Pawan Kalyan and Trivikram’s project. She is also in talks for next of Mahesh Koratala Film. I am sure offers like this would make her fly.

Now Keerthy was recently offered another mega film. Keerthy Suresh is currently busy losing weight. She is occupied with number of Tamil films currently which are yet to be released. Meanwhile, Sreenivas is presently occupied with director Boyapati Srinu’s film with Rakul Preet Singh and Pragya Jaiswal as the female leads.