Keerthy Suresh would get honored with a temple

Tamilians have been following the culture of building Temples for Actresses. However, Tamil Nadu film audience stand on next level of liking or loving a celebrity. Whole world knows how far they devote Superstar Rajinikanth and how they constructed temples for actresses like Khushboo and Namitha in the past. 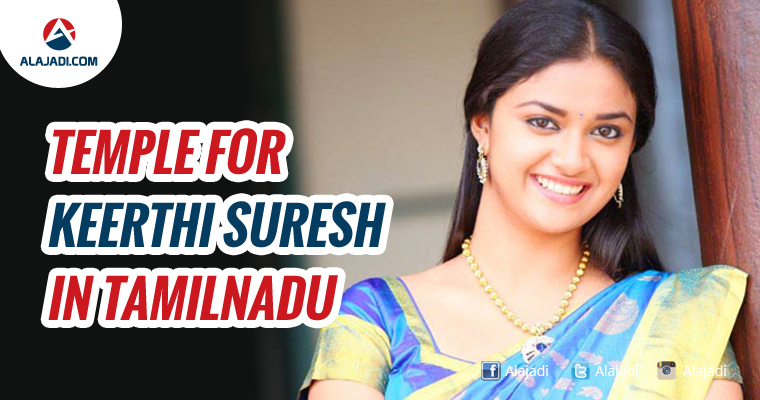 Several other Heroines like Nayantara have softy turned down the proposals of building their temples. Tamil fans were about to construct a temple for Hansika too but the actress strictly rejected that madness from fans.

The latest entrant to the list is ‘Nenu Sailaja’ fame Keerthy Suresh. With films opposite Vijay, Dhanush and Siva Karthikeyan, She have become a hot favorite for Tamil Thambis. Some of her fans were seriously considering the proposal to built a temple.