Casting Confusion cleared for Mahanati, the Biopic of Savitri

Mahanati Savitri is truly a blessing for the film Industry. Every role she carried out was just outstanding. I guess today’s younger generation were not even born during her period, yet all of us know her very well. She is one such woman who is just irreplaceable in the industry. A lot of heroines came up after her, but no one could match her beauty or grace. Every emotion that she portrayed on the screen was so realistic. Be it love or fear, sadness or happiness only she can do it the best. On the occasion of Women’s Day, the Prestigious Vyjayanthi Movies has announced the biopic of the Everlasting Heroine, Savitri. Nag Ashwin is directing this film. 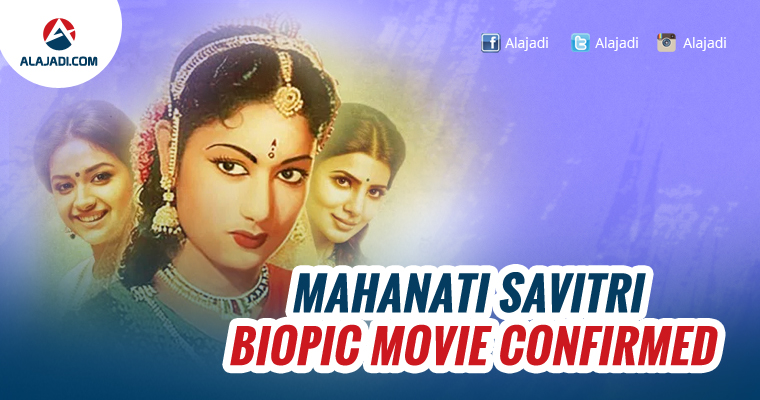 I must say that Keerthy Suresh is extremely fortunate to play this role. We know that it is not going to be easy for her but let us wish her all the love and luck for this brilliant project. Another interesting and exciting part of this prestigious project is Samantha is playing a vital role in this film. It is a blessing for these 2 wonderful women to be a part of this film. The Pre-production works of the film are nearing completion. Nag Ashwin who made a successful debut with Nani’s Yevade Subrahmanyam is said to have conducted some extensive research on her life. He even met several artistes who worked with the actress during her prime and some of her friends who are at her side when she left this mortal World. Savitri will be a magnum opus period film set in the golden era and will have huge sets erected for that.

No matter how many generations come and go, as long as films exist Savitri also remains in our hearts. She is undoubtedly a woman who inspired and still continues to inspire many women. Savitri is the top heroine in those days. She is the first choice heroine for Top stars those days and is also the highest paid. But she struggled in extreme poverty in her last days. The director promised to be as honest as possible his attempt to recreate it in Cinema. This is one film we can not wait any longer wait to see it on the big screen.