Siva Karthikeyan and Keerthy Suresh starrer REMO is going to have its Telugu release on November 25th. The movie has completed its censor formalities and it has received a clean U from the board. Youth sensation Anirudh Ravichander is scoring the music for this film and Dil Raju is releasing the film in Telugu. The movie has already turned out to be a huge success in Tamil Nadu, with a revenue of over 60 Crores and the producers are confident about repeating the same magic for the Telugu markets as well. 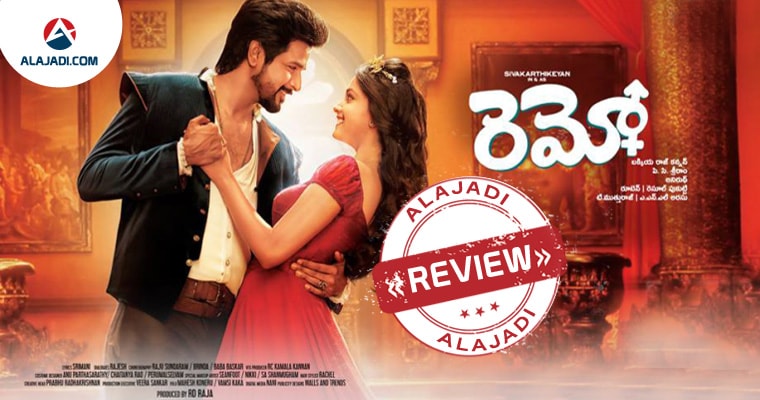 SK (Shiva Kartikeyan) is an aspiring actor who falls in love with Kavya (Keerthi Suresh), a doctor who is already engaged. Upon knowing this, he decides to win her love at any cost and joins her hospital in the form of a lady nurse. The rest of the story is as to how SK gets close to Kavya in a lady get up and wins her love at the same time. What happened to their love story.. forms the rest of the story.

Remo is a good time pass entertainer and it will certainly appeal to its target audience. Neither a feel good love story nor a laugh riot – a pinch of advice to be picked! On the whole, it’s a cute romantic comedy which is enjoyable and vibrant.

Siva Karthikeyan: He is charming enough to carry the whole film on his shoulders. who is a new face to Tollywood acted well.

Keerthy Suresh: As usual, looks beautiful and gave out her best. But her character could have been written smarter.

While Motta Rajendran, Yogi Babu, Satish and Saranya does justice to their respective roles.

Remo is a film which has some top-notch production values. The film has some stunning visuals and credit should completely go to the legendary cameraman PC Sreeram. The way he showcases Remo as the beautiful nurse is superb. Special mention should go to the makeup artists who have worked on Shiva Kartikeyan. The lady getup looks so good on the star hero. His direction in the second half is totally failed as climax included nothing but the needless stretch. Anirudh’s music is decent but his background score is quite brilliant.