The video is reported to have been shot earlier this week when Narendra Modi was in Jammu inaugurating the Nashri tunnel. A video of a cricket team in green jersey lip syncing the Pakistan national anthem with reverence at a place not far away from Srinagar has gone viral on social media prompting the state police to launch a probe. The video clip has gone viral on social media and police are now police is trying to trace who the organisers and the players were. 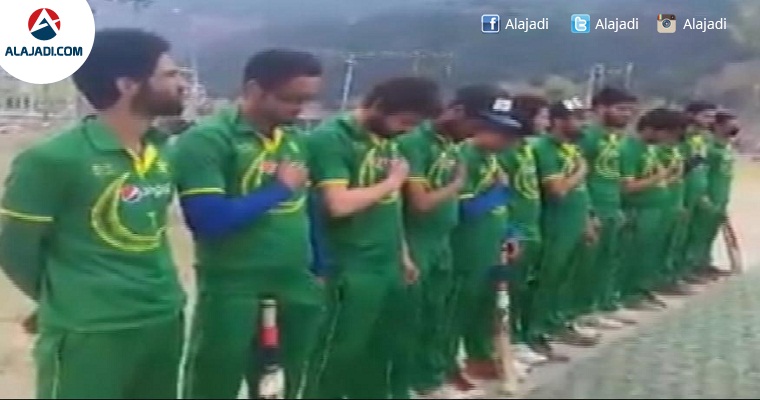 According to Kashmir Media Service, a cricket match was organised in central Kashmir’s Ganderbal district during the week Prime Minister Narendra Modi visited Jammu and Kashmir to inaugurate the Chenani-Nashri tunnel. In the video, whose authenticity has not been verified, players from one of the teams are seen sporting the Pakistani national cricket team’s uniform and standing in attention as the country’s anthem plays over a speaker.

The opposite team is seen wearing a white uniform. A team consisting of National Investigation Agency members will fly to Kashmir to probe the incident. The video of the match comes days before the by-elections in Srinagar and Anantnag constituencies. They will be held on April 9 and April 12 respectively. A member of the cricket team told that they wanted to show that they had not forgotten the Kashmir issue. “Why should we be scared when Kashmir is a disputed territory and Allah is with us?” another cricketer was quoted as saying. Ganderbal Senior Superintendent of Police Fayaz Lone told that they had launched an inquiry in the incident. “We hope to arrest them sooner or later. These youth have fled from their homes and we will soon get them,” Lone said.